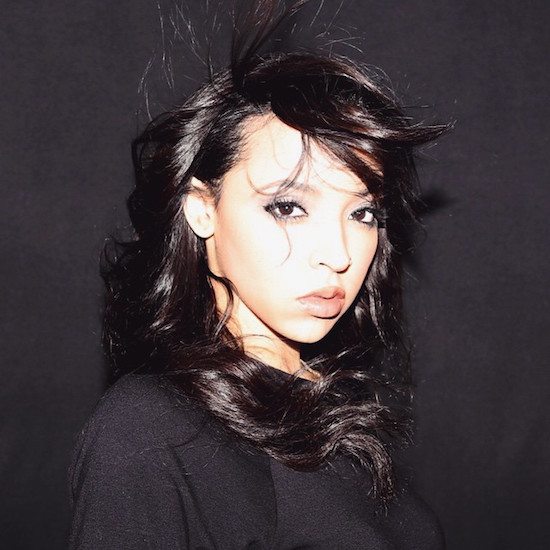 Tinashe just wrapped her first world tour and as things come to a close, the track "Sweet Satisfaction" has leaked and begun making rounds on the Web.

A more upbeat tune that falls between the tempos of the SchoolBoy Q-assisted "2 On" and the sensual "Aquarius," "Sweet Satisfaction" finds Tinashe crooning and cooing to the man who is "just what I've been needing in my life." Throughout the track, she sings of devotion and being devoted, dropping ride-or-die lyrics like, "Get me in your car / Drive real fast, baby let's go far" and "We'll leave the world behind us / Hit the open road." But Tinashe also tells the guy "you deserve me" and almost commands with the "Please touch me / Give me sweet satisfaction" line that follows a slew of indications that he's the only man for her and that she's been saving all her love for him.

The track seems to have first appeared as a snippet at the end of the song "Yours" from her 2012 mixtape, Reverie, but a full version has debuted and, judging by this tweet, it's not clear whether the release was intentional.

But if the complete version of the track does make it onto wax, it could appear on her sophomore album, which is still awaiting a title but is reportedly set for release later this year or in early 2016, and could see her working with producers from Prescription Songs — Dr. Luke's production company — and Taylor Parks. Anticipation for the project will surely build as Aquarius and the mixtape Amethyst continue to simmer.


TAGS:  audio, Dr. Luke", schoolboy q, Taylor Parks, Tinashe
Previous: Morning Soul: She Rocks It To The East, She Rocks It To The West Next: Michelle Williams Brings Destiny’s Child Together For Surprise Performance At The 30th Annual Stellar Gospel Music Awards