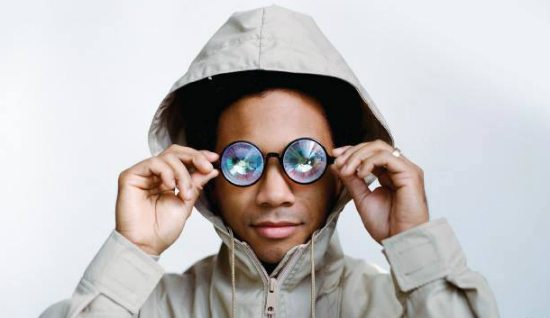 Toro y Moi has never been one to fit into a particular musical box. His ever-evolving style has run the gamut from R&B "chillwave" and '80s pop (with Chromeo) to his EDM-influenced turn as Les Sins. So when frontman Chaz Bundick first revealed a fourth Toro y Moi album, What For?, was in the works, fans already knew to expected the unexpected.

Now that we've had time to digest the lead single -- the psychedelic rock-leaning, "Empty Nesters" -- Toro gives us another taste with "Buffalo." Maintaining the nostalgic rock vibes, Bundick infuses this track with a little more soul. The laid-back feel of the song may be largely due to the fact that Bundick opted to self-produce the album at his home studio. "This is the most comfortable I've been making a record. I definitely felt like I could just relax and walk away from it and come back whenever I wanted, and it was easier to get in my zone," he recently revealed to SF Weekly. Citing varied influences, from the new wave "art rock" of Talking Heads to the Brazilian psychedelic soul of Tim Maia, Bundick further explains (via press release), “I’ve done electronic R&B and more traditional recorded type R&B stuff. I just wanted to see what else was out there.” And so far, it sounds like he's on the right path.

To experience Toro y Moi's new sound, listen to "Buffalo" and watch the video for "Empty Nesters" below. What For? is set for release on April 7th, but is available for pre-order on iTunes (with an immediate download of "Empty Nesters"). For CD or vinyl copies (with an exclusive What For? t-shirt), pre-order is available here. Toro has also announced spring/summer tour dates throughout select North American and UK/EU cities, so be sure to visit his website for details.