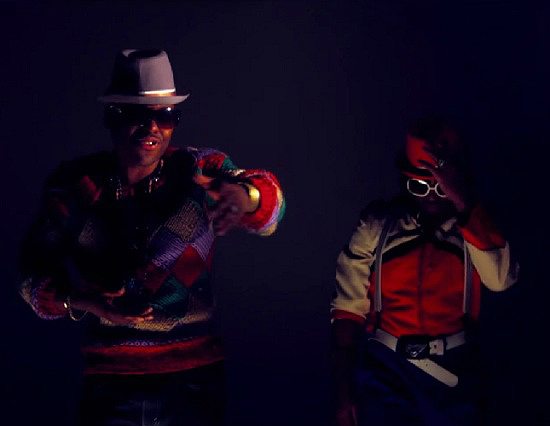 It's been three years since we last heard from Bronx duo Camp Lo, when they released their 2011 Pete Rock collaboration project, 80 Blocks from Tiffanys. Now Sonny Cheeba and Geechi Suede are back in a big way with a new single and a new project on the way. The first song taken from their upcoming project is "Bright Lights." For the song, the two re-teamed with their longtime producer Ski Beatz, and the result is more of the smooth, playful sound that fans have come to know and love. They blithely trade bars back and forth over the bouncy, rich beat. For the colorful visuals that accompany the release of the track, Camp Lo enlisted the directorial skills of Mills Miller. He gifted the group with an eye-catching array of flashing, multicolored lights and models painted in fluorescent colors.

"Bright Lights" is taken from the group's seventh studio album, Ragtime Hightimes, due out May 19th on Nature Sounds Records. According to the guys, this album's sound will differ from their past works thanks to more live instrumentation. "This piece is different 'cause we're in a different space," Suede explains. "It's always gonna be us, just different versions of ourselves. We're exploring different dimensions in visual sound texture," Cheeba adds, "The originality remains. There are differences in sound, mostly due to the live instruments." The single is available now via iTunes, but if you just can't wait until May for the album, then you can head on over to Nature Sounds to pre-order it now.