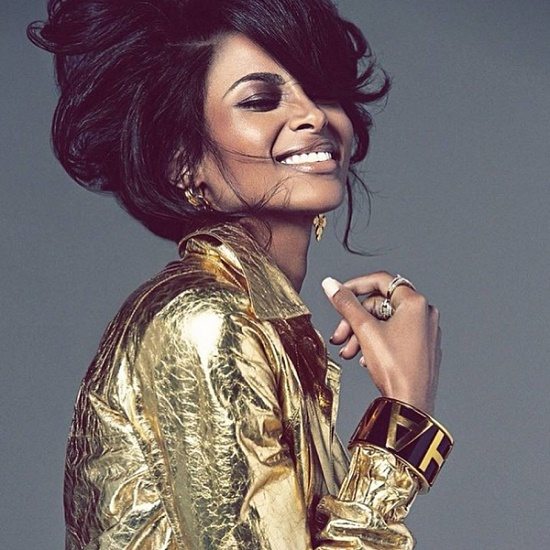 The May 4th release date for Ciara's sixth album, Jackie, is drawing near, and the singer seems to be in a sharing mood. While she's been giving fans snippets of select tracks from the record, a full version of her song "Dance Like We're Making Love" has leaked.

The song is another Ciara joint that walks that fine line between sensual slow jam and dance floor filler (think 2013's "Body Party" or 2006's "Promise"). This time, however, Ciara's not in the bedroom, she's in the club and feeling a little frisky on the Dr. Luke- and Cirkut-produced track. "It's about to get hot and heavy," she teases near the song's opening. And indeed it is with the songs simple, atmospheric vibe punctuated by a kick drum bump and finger snaps while Cici breathily coos the lyrics.

It's most certainly a jam and definitely more in line with the sound that you think of when the "Goodies" singer comes to mind. But it also possesses a more adult and self-assured sass that Ciara hasn't always shown in her previous efforts. It's looking more and more like Jackie might be an album worth checking for.


TAGS:  audio, ciara, Cirkut, Dr. Luke"
Previous: Raheem DeVaughn Turns Up The Heat In ‘Temperature’s Rising’ Next: Rudimental Is Back With ‘Never Let You Go’