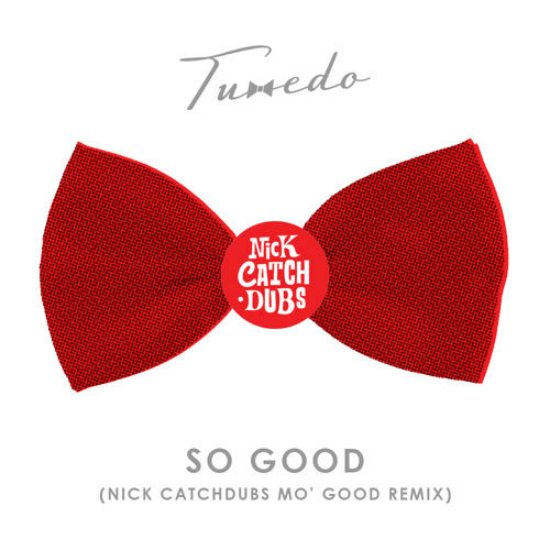 Tuxedo’s debut album has been getting a lot of play at SBHQ for its throwback '80s sound. And apparently we aren’t the only ones who’ve fallen in love with the group. Nick Catchdubs, world-renowned DJ and indie innovator, has put an electronic spin on current single "So Good" that speeds up the tempo, making it suitable for the dance floor and not just the bedroom. We already loved Tuxedo’s original version, along with the retro-style video, so Catchdubs had his work cut out for him. However, given his rep for remixing songs and breaking artists, we were eager to hear his “Mo Good Mix.”

The remix starts off sounding like it sampled Run-DMC’s “Peter Piper,” with a refrain of vocals from “So Good” helping the song build. Industrial drums kick in before the bass drops and the usual electronica bells and whistles take over. Then the familiar synth sounds from the original song make a welcome appearance. As for Mayer Hawthorne’s vocals, they have pretty much been distilled down to a chorus, playing second fiddle to the raucous beat. But isn’t the beat the most important part of a dance track anyway?

While not bad, Catchdub’s remix doesn’t elevate the song past your standard EDM track or top Tuxedo's groovy original. It’s still worthy of a listen and will probably sound good in a mix. Check it out right here, and if it's your type of hype then download it for free from SoundCloud.