Eska’s Latest Has Us Feeling Anything But ‘Blue’ 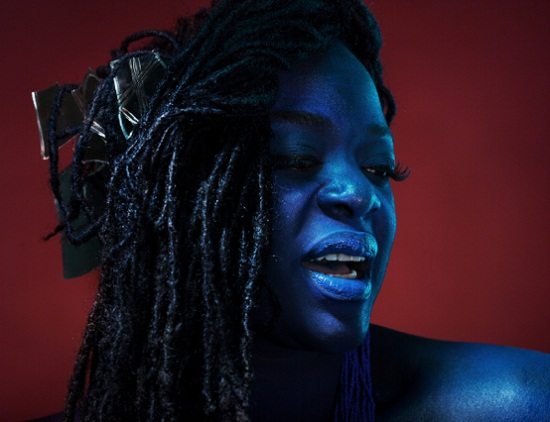 Eska is one of those great talents you watch in awe, waiting for her to catch on with the masses. The London-based singer has been making the rounds for a while now, working with groups such as Zero 7 and The Cinematic Orchestra, and releasing her EP, Gatekeeper, in 2013. We have been eagerly awaiting new music from Eska, and now we have “Shades of Blue” to tide us over until her self-titled debut album drops on April 27th.

While the song is an upbeat '60s-inspired dance groove full of hand claps, slaps and strings, the lyrics betray the happy production. Eska sings of being stuck in that weird grey area before the end of a relationship, where your lover has already checked out, but you’re still holding on. She laments, “What am I supposed to do /  I’m just another shade of blue / No matter how we try to shake it baby, break it baby / I’m just another shade of blue.”

Despite the song’s depressing content, it’s hard to feel sad when listening to a talent such as Eska. Her voice brings the lyrics to life, making us relate to her heartbreak like it was our own, but never leaving us so down that we can’t recognize the greatness before us.


TAGS:  audio, eska, The Cinematic Orchestra, zero 7
Previous: Camp Lo Is Caught Up In The ‘Bright Lights’ Next: Morning Soul: I Know You Want To