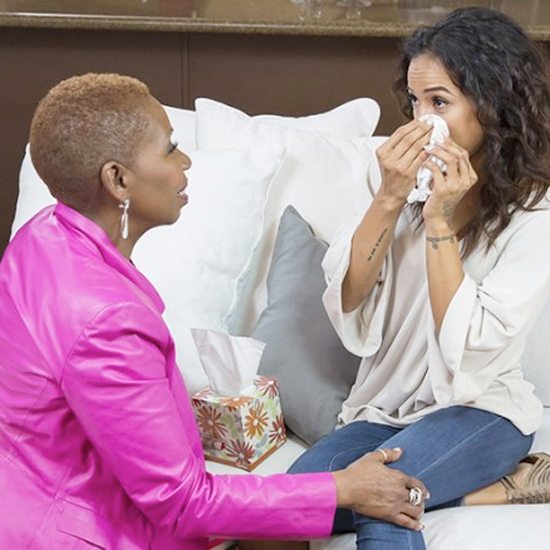 Iyanla tries to fix Karrueche’s life. Or something like that.

Apparently, in 2015, when a woman’s fed up, she doesn’t go breaking windows and dishes -- she calls Iyanla Vanzant. And that’s exactly what Chris Brown’s on-again, off-again girlfriend Karrueche Tran did. After numerous battles on social media, being clowned by Chris’s ex Rihanna, being accused of sleeping with Drake, Chris having a baby by another woman and many other transgressions, Karaoke finally had enough! We eagerly tuned in to OWN to watch Iyanla get Karrueche right together on Iyanla Fix My Life and hoped that a little tea would be spilled in the process. However, the interview did not make us believe that Chattahoochee Train’s time as Breezy's doormat will be over anytime soon. The appearance of her apparent BFF Christina Milian didn’t help matters, as Iyanla was caught off guard by her lack of insight and advice for her "friend." Truth be told, Christina should have been on the couch right beside Kawasaki getting a few tips herself, but that ain’t none of our business. -- Ken Hamm