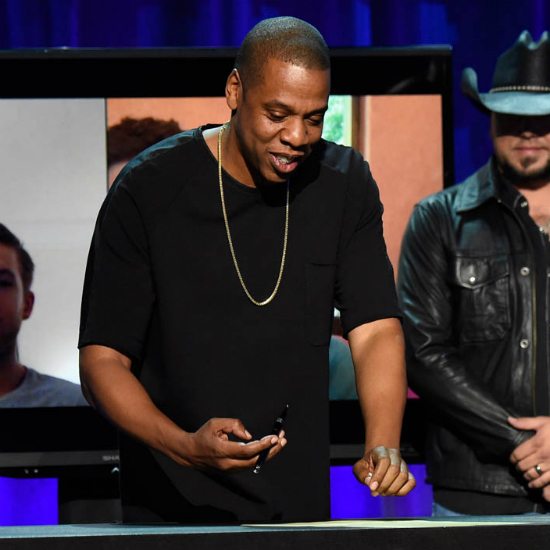 Unless you've had your head buried in the sand, you've heard about the launch of Jay Z’s new, artist-owned, paid subscription music streaming service TIDAL. The Spotify competitor (at least, they hope it’ll be a Spotify competitor) marked its official launch on March 30th with a splashy conference that was a bit, well awkward. Jay, along with a host of other artists like Alicia Keys, Beyoncé, Nicki Minaj, Madonna, Usher, Kanye West and Daft Punk, introduced the service with the goal of creating a “better service and better experience for both fans and artists.” However, instead of giving us answers, it just left more questions, the key of which being this: Who’s going to pay $20 a month to stream "hi-fi" music when they can use Spotify and the like for half the cost or no cost at all? It looks like all will be revealed in time, and we’ll see if TIDAL rises or rescinds back into the sea of forgotten music services. -- D-Money