J*DaVeY Talks With ‘The Jam’ & Gets Down With Fyuse 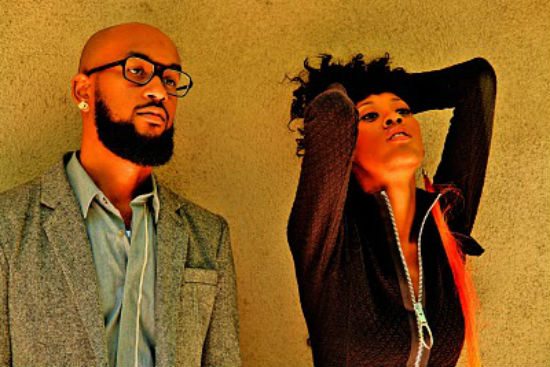 After some time away from the music scene as a duo (with the exception of a sprinkling of singles), the avant-garde, genre-contorting J*DaVeY are back on the scene and decided to announce their return in a candid conversation with host Merc80 for his podcast “The Jam” via Black Is as well as during a sit down with Complex magazine where they also discussed their partnership with fledging app Fyuse.

While hanging out with Merc80, J*DaVeY, consisting of singer/songwriter Miss Jack Davey and producer Brook D’Leau, got in depth about how they got together, what they’ve been up to since New Designer Drug and even shed some light on what they’ve got bubbling in the pot in terms of new music. Miss Jack and Brook talked about their favorite jams, a brief history of the “New West” movement of the late 2000’s and their experience navigating the music industry with the support and sage advice from the likes of Sa-Ra, Questlove and Prince (yes, PRINCE). And, of course, they dealt with the “Where’s the new album?”question as well as how ladies can catch Brook’s attention among other topics.

New music (their EP POMP is coming soon) aside and label woes behind them, they’re also taking a savvy approach to their next career moves by joining with Fyuse, a spatial photography app. As both Fyuse and J*DaVeY pride themselves in being futuristic and innovative in their approach to creating, they’ve formed an alliance that will allow Fyuse to, well, fuse  J*DaVeY music and their likeness into their technology (think the next step in the evolution of the whole Jay Z/Samsung partnership).

Their relationship with Fyuse has led to the unveiling of a snippet for their latest track, appropriately called "Strong Anticipation," in a commercial featuring the twosome that integrates their creative vibe with the innovative app.

More mature and strategic, both artistically and professionally, J*DaVeY is definitely back and we're more than a little eager about what this forward-thinking music duo will bring to the culture. To hear and see what they've been up to, listen to "The Jam" and watch their Fyuse commercial right here.