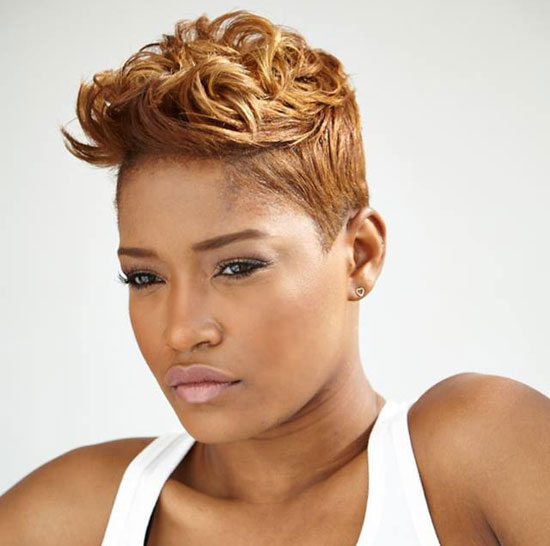 When you're multi-talented like Keke Palmer, you can move between Broadway, the movie screen and the music studio with ease. The young actress/songstress just released her own rendition of "Who Can I Run To," for the soundtrack of her latest movie Brotherly Love. The single is of course a classic, originally sung by The Jones Girls in the late '70s and made even more famous by '90s group Xscape. So what would these girl groups say about Keke's solo version? It stays true to the original track with just a little extra percussion, layered with Keke's semi-confident vocals. While we have no doubt she can sing, her version of "Who Can I Run To" adds nothing new or unique to the R&B landscape and probably won't make it to our playlists any time soon, but bless heart for trying.

The Queen Latifah/Flavor Unit-produced drama, Brotherly Love, has been promoted pretty heavily with Keke's vocals, as evidenced in "No Love," and we don't blame them. The rest of the Brotherly Love features some other vocalists including Romeo Miller, Macy Gray and Quincy Brown. The movie, which debuted April 24th, was written and directed by Jamal Hill, and also stars Eric D. Hill Jr. and Cory Hardrict. Keke's rendition of "Who Can I Run To," along with other tracks, will be on the forthcoming Brotherly Love soundtrack. Will you be making a beeline to Keke's version of "Who Can I Run To" or doing a light jog?