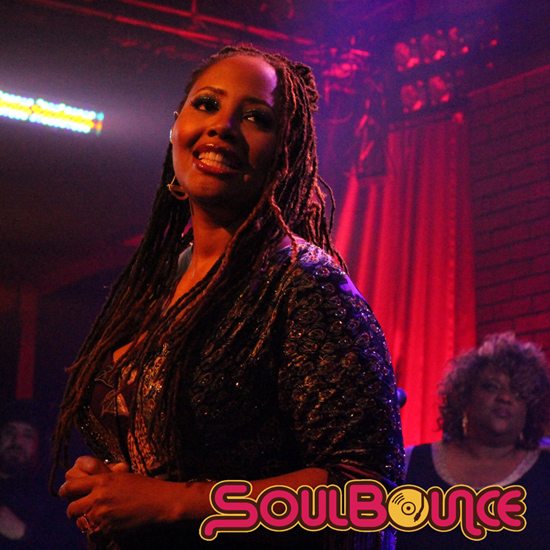 44 years ago at this very same place, Donny Hathaway recorded parts of his seminal live offering, Live, at The Troubadour in Los Angeles. On the night of April 21st, his daughter, two-time GRAMMY Award-winning singer Lalah Hathaway, stepped into his legacy by doing the same thing herself -- recording a live album to share with the world.

Amongst a house full of luminaries such as Patti LaBelle, Anita Baker, Robert Glasper, Sam Sparro and Erica Campbell, to name a few, Lalah melodically wound her way through some of her biggest songs, much to the delight of all the long-time fans in the audience. She also managed to drop a few covers, such as the classic “Angel” by Baker who was elated to hear Lalah mellifluously offer up her song to the R&B gods. Hathaway drew the crowd in as well, petitioning them to sing along to Earth, Wind & Fire’s “Love’s Holiday.” It was clear she had this room full of fans, family and even supporters from her Pledge Music campaign in the palms of her hands.

Lalah live was truly a solo affair, with the only guest being Vula Malinga from the UK group DivaGeek guesting with her on her cover of Roberta Flack and Donny Hathaway’s “Where Is The Love” and also “The Closer I Get To You.” Of course, they also sang together on Lalah’s performance of their collaboration “Shine,” making Vula a standout portion of most of the night, as she was also on backgrounds for the evening.

There was room for a few magical moments that never seemed to quite happen. Of course, Lalah proffered up her version of her father’s “A Song For You,” but it didn’t quite have the emotional heft that one would expect in such a weighty environment. It was sung impeccably, but you almost felt like it was just another song being sung. For all intents and purposes, that is the song, especially on a night like this.

Lalah’s musical prowess stays unmatched however, as she scatted flawlessly (on her cover of Brenda Russell’s “It’s Something,” of which she just won a GRAMMY for with Snarky Puppy), showed off her incredible range (“Forever, For Always, For Love”) and, of course, did her trademark version of throat singing in which she harmonizes with herself. It was an amazing show, and lalah hathaway LIVE! is sure to cement Lalah’s talent and her position in the pantheon of R&B music, right along with her father. 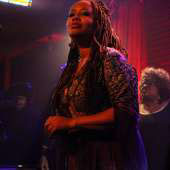 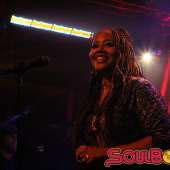 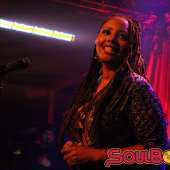 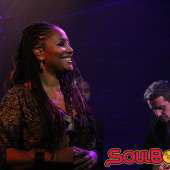