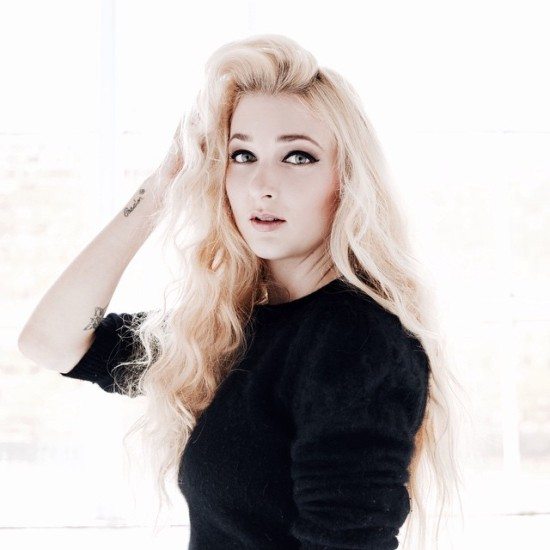 After captivating us with guest features and remixes in addition to slaying us with two EP releases, we had no choice but to crown Marie Dahlstrom our Bounce-Worthy Artist of the Year for 2013. The Scandinavian chanteuse kept us under her spell early in 2014 when she paired up with Jeremy Passion for a dazzling remake of Patrice Rushen's "Forget Me Nots," and teased of a sequel to The Renditions. As the year went on, Dahlstom kept busy (winning awards, touring, producing, doing guest features), but it left us wondering. Where's the new music we were promised?

It turns out that she was also working on a side project with Canadian producer Mawhs. Adopting the name Hans Island, the duo recently released their debut track "Let Me Be" from their forthcoming self-titled EP. For the mid-tempo ballad, Mawhs weaves an aural tapestry of synth-laden melodies and sonic beats, while Dahlstrom's seductive vocals infuse the track with a jazzy, soulful vibe. The result is a deliciously layered groove that leaves us yearning for more.

Preview the incredible track below and be sure to follow the duo on Facebook for updates on the EP release. We're still keeping our fingers crossed for that The Renditions Part Two project, though.