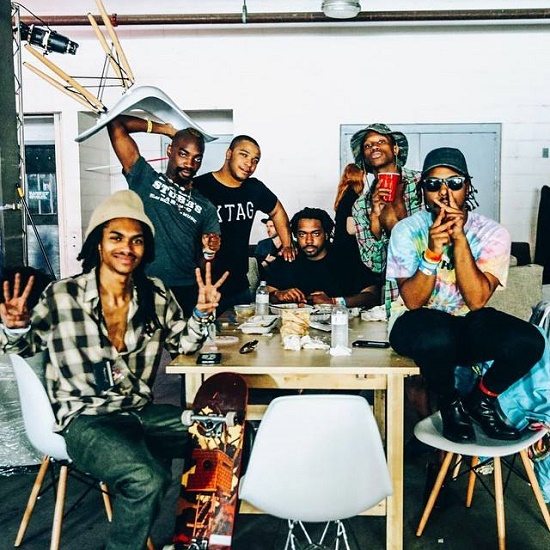 It takes a bold person, or in this case people, to cover a Michael Jackson. But Phony Ppl are nothing if not bold. Still on a high after releasing their album Yesterday's Tomorrow and rocking SXSW last month, the fellas decided to throw caution to the wind and put their own unique spin on an MJ classic from the latter half of his career, "You Rock My World."

The Rodney Jerkins-produced original, one of Michael's last hits, was a smooth R&B number with a funky groove. For their part, the Phonies were wise enough to not treat their version as a straightforward cover. Instead, they jazz things up with percussion that sounds almost tropical and a staccato piano and guitar lead-in that blossoms into a fuller, lusher sound on the chorus, incorporating bits of electric guitar while bringing a jazzy swing to the proceedings. But the fun doesn't stop there, as they let the song breathe in spots, especially on the bridge, turning their take into a full-out jam session instead of rushing to the climax.

Sure, Elbie Thrie's vocal doesn't match MJ's (nor should it try to), but they infuse the song with a forward-leaning groove that keeps your ear while still paying homage to the late icon. In fact, we wouldn't be mad if a more finished version of this track found its way onto a future project (hint hint, fellas). Take a listen to their take right here and we guarantee you won't be mad, either.