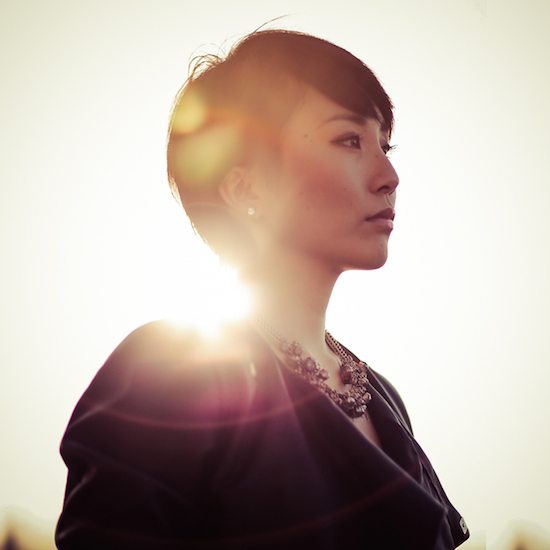 Soul music is beloved around the world, especially in Japan where the genre is very popular in the country. A number of R&B and soul artists have considerable fanbases in Japan and frequently tour there. As well, there is a rise in homegrown Japanese R&B/soul talent, and one of the most promising who is looking to cross over into the U.S. market is a progressive soul singer by the name of Nao Yoshioka.

Nao should have no problem making it big in the States thanks to her official first single, "Make the Change," which SoulBounce is happy to debut for American audiences today. On "Make the Change," Nao encourages people to come together through music as she leads the way. "I'm longing for the day when my people will realize music is the way to reach out," she sweetly sings and virtually takes listeners by the hand to come with her on a soulful journey.

"Make the Change" has been making the international rounds since 2012, and the song was featured on her debut album, The Light, released on Tokyo's Sweet Soul Records in 2013. Now Sweet Soul Records has partnered with New York City-based indie soul label Purpose Music Group and their distribution arm Nia Distribution to push Nao Yoshioka to greatness in the United States. To that end, they are rereleasing The Light, and she will be performing at The Soul Factory Presents show at B.B. King Blues Club in NYC on Friday, April 24th. The show will also serve as her CD release party, with The Light scheduled to be released domestically on Tuesday, April 28th.

Get ready to see and hear more from Nao Yoshioka in the coming weeks and months as she takes the U.S. by storm. Brush up on your Japanese and keep up with Nao on her official website, as well as on Facebook and Twitter. If the language barrier proves difficult, then get your audio and visual fix on SoundCloud and Instagram.


TAGS:  audio, Nao Yoshioka
Previous: Invoker’s Remix Of Erykah Badu Will Have You Dancing ‘On & On’ Next: Van Hunt Gets Brand New With ‘Old Hat’