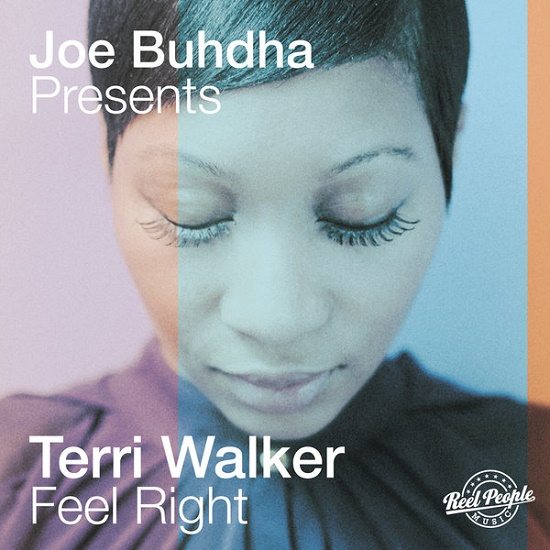 One of the best things about SoundCloud is that it's so easy to discover new music there. Take for instance what happened after we listened to DJ Spinna's Soul Love 2015 mix that he did with Reel People Music. We were minding our own business when a soulful house stunner started cranking through our speakers. There was a mad dash to the computer to figure out what it was, and to our great and pleasant surprise it was none other than Terri Walker.

Back in late 2014, Terri released a six-song EP, Untitled to Entitled,  to prep fans for her album Entitled (a recent release which we highly recommend). Though the six songs found on the EP were all gems, it was quite obvious that party-starter "Feel Right" was the set's shining jewel. The folks over at Reel People Music agreed and asked to put their own unique stamp on the the tune. What results is three minutes and thirty-nine seconds of pure bliss. Where the original version has more of an urgent feel, with its throbbing bassline disco-like rhythm guitar riffs, Reel People's vocal mix takes on a more ambient quality with synths that float, a warm, inviting bass line and percussion that fits both a night of dancing or just kicking back at a beachside soiree.

Quite honestly, with either version of the song, you can't really lose. But if you'd like a little soulful house to start your day, then this one's the right one for you. After you take a listen, we're sure you'll agree.