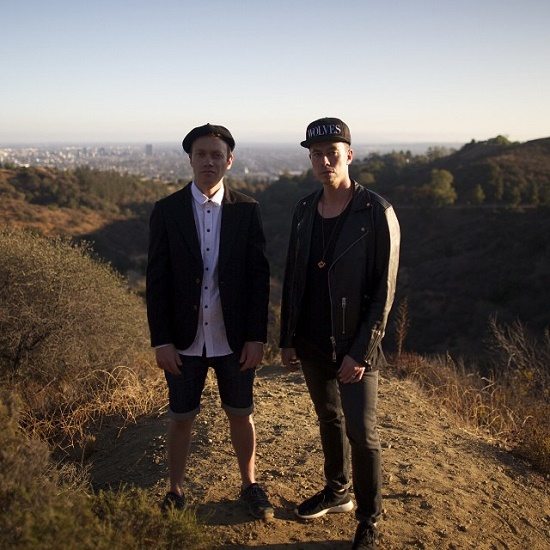 We here at SoulBounce absolutely adore the fellas of Electric Wire Hustle. Last year's Love Can Prevail definitely delivered a powerful dose of future soul and found itself in heavy rotation around SBHQ. Perhaps that's why news of the Love Can Prevail Remixes LP has us more than a little excited. We already brought you a taste with a Seven Davis, Jr.'s remix of LCP standout "Look In the Sky," and now we have yet another remix that gives a whole new outlook on the track, this time courtesy of Computer Jay.

Where Seven took it to the house, Computer Jay opts to focus on marrying the song's two halves more cohesively. He does so by infusing the track with buzzing synth throughout, creating an almost industrial tone. When paired with the jangly tambourines and stuttering drums of the song's first half (which Jay doesn't do much to), the synths create an effect that almost feels as if the song is floating higher into the atmosphere. However, when the second half comes in, Jay adds a harder hitting kick that brings the track back to earth while still highlighting Mara TK's soulful vocal.

Love Can Prevail Remixes is set to feature some heavy hitters, including Flako, Eliphino and Osunlade, putting their own spin on key tracks from the album. You'll be able to pick your copy next month. Until then, check out what Computer Jay has done to "Look In The Sky" right here.