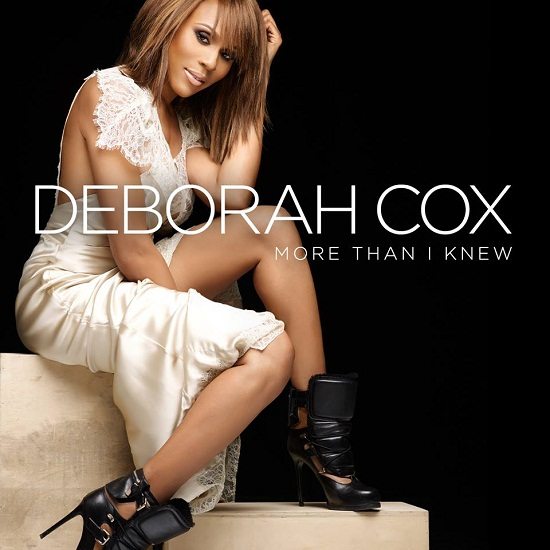 Deborah Cox is on the comeback trail. After raising her profile by doing the vocals of Whitney Houston in Lifetime's Whitney and dropping buzz single "Kinda Miss You," the Canadian songstress is moving full steam ahead with her new album, Work of Art, and is gracing us with the project's first official single, "More Than I Knew."

If you were hoping for Deborah to return to her R&B/pop balladry, then "More Than I Knew" is exactly what you've been waiting for. Starting off soft and subtle, the song finds Deborah licking her wounds after a bad breakup. But, as the song builds, so does Deborah's longing for her ex. By the chorus, it's a full-blown lament as Deborah sings, "I miss you so much more than I ever loved you / I'm better off needing you now than when I had you." Haven't we all been there? While not as bombastic as her best known turns at lovesick balladry, "Nobody's Supposed To Be Here" and RL duet "We Can't Be Friends," "More Than I Knew" is definitely a solid effort from the singer that can sit right next to those timeless cuts.

Work of Art is scheduled to find its way to stores on August 15th while Deborah also prepares to play Josephine Baker on Broadway in Josephine. Sounds like 2015 will be another big year in the life of Deborah Cox.