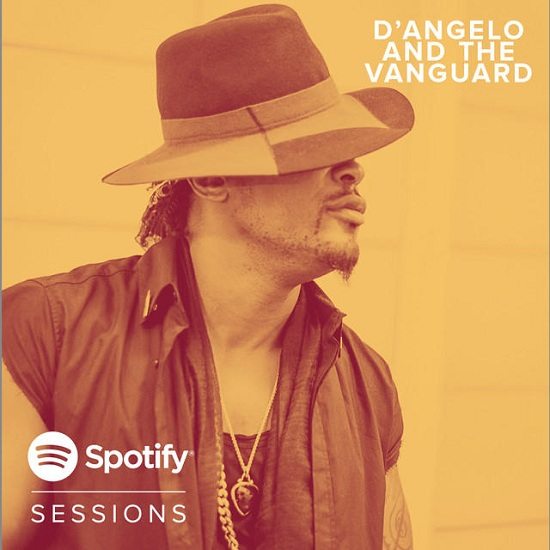 Want more D'Angelo? The soulster has been thrilling fans after remaining dormant for nearly 15 years with his return to the scene, Black Messiah, and his international Second Coming Tour. And now that he's announced the American leg of the tour, which will kick off next month, we know fans are clamoring for tickets to the handful of dates.

To give you guys even more incentive, Spotify just released a four-track stream of the live in-studio session he did for the streaming service back in March at their NYC headquarters. Recorded just after he wowed New York audiences for the second time this year (an event that a certain someone was lucky enough to attend), the session finds the singer performing tracks from Black Messiah along with a couple of special added surprises sure to delight any lover of the reclusive singer.

It kicks off with the jazzy "Betray My Heart," which sounds almost exactly like the album version thanks to the tight musicianship of D's backing band, The Vanguard (including backing vocalist Kendra Foster, Pino Palladino on bass and his brother in arms Questlove on drums). But then the groove shifts to a blast from the past as the 11-minute number segues into Voodoo's "Spanish Joint." As if that wasn't enough, D and the crew also run through a swoon-worthy take of  "Really Love," "The Door" and a rocked-out cover of Prince b-side and D'Angelo staple "She's Always In My Hair."

You can dive into the stream below, and if this doesn't inspire you to snatch up tickets to his Second Coming Tour this summer, we don't know what will.