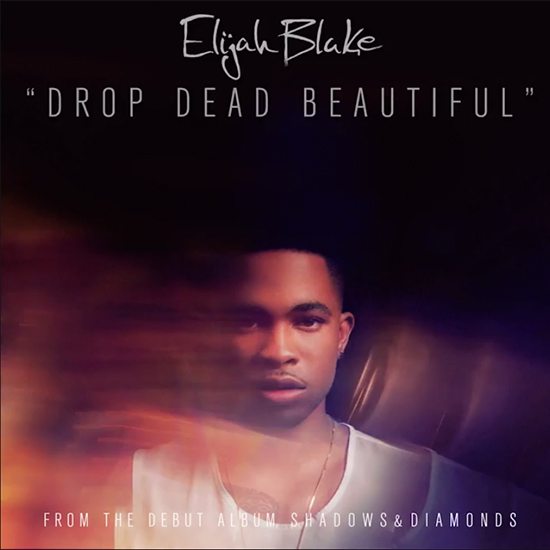 After teasing us last year with his Drift EP, singer/songwriter Elijah Blake is now preparing to release his debut studio album Shadows & Diamonds. Just last week he shared his Dej Loaf-assisted single “I Just Wanna…” and honestly, it just wasn’t what we were expecting from someone with a resume as impressive as his. But let’s not fret just yet. This week sees the release of yet another single from the album in the form of the song “Drop Dead Beautiful.”

Blake is bringing an edgier sound to mainstream R&B on this song, similar to what Luke James and Elle Varner have been doing for the past year, and it’s working very well. “Drop Dead Beautiful” is full of heavy bass, trap drum patterns, guitar riffs, muffled samples and falsetto crooning. Elijah thinks that his girl is top of the line and he wants the world to know. Now this is more like it. Beyond his impeccable songwriting skill, Blake seems to be out to prove that he can flat out sing. The way that he blows through this song is something special, but then again he’s been doing quite a bit of work with B. Slade so this should come as no surprise. Get into “Drop Dead Beautiful” and pre-order Shadows & Diamonds from iTunes now.