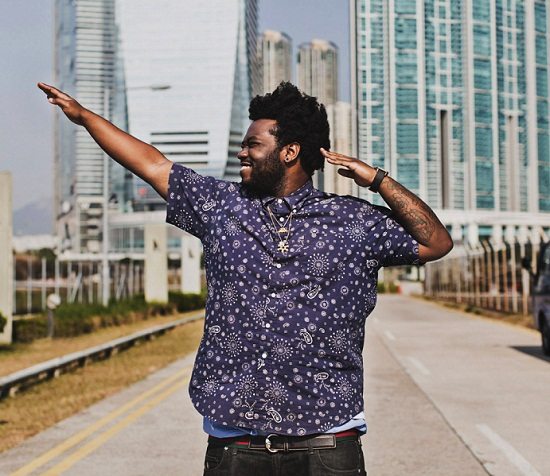 Though he hasn't released much on the solo tip thus far in 2015 (outside of the Valentine's Day joint "I Never Know What She's Doing"), James Fauntleroy is already having a stellar year. He's featured on some of the year's most high profile projects, including Kendrick Lamar's To Pimp a Butterfly, A$AP Rocky's A.L.L.A., Big Sean's Dark Sky Paradise and Rihanna's "James Joint" from her highly anticipated R8. But that doesn't mean that James doesn't have anything of his own to share with the public.

Yesterday, the prolific singer-songwriter took to Twitter to give the people some new-new with his song "Help." Clocking in at just under a minute-and-a-half, "Help" is a smooth groove based on a drum loop, a slick bass line and a few other elements, including what's become James' signature vocal, a heady, hypnotic vocal layering that soothes and lures. Speaking of soothing, that's exactly what the singer is trying to do here, requesting "help" from a lover in scratching that most primal of itches. Sadly, the short length of the track is a tease for listeners, who will definitely be left wanting more by the song's end. Unlucky for us, this song doesn't come with the promise of an album or anything else for that matter. Guess we'll just have to take what we can get.

The being said, get ready for one of the best 90 seconds of your day and then press play.