Rapsody Keeps It Real In ‘Hard To Choose’ 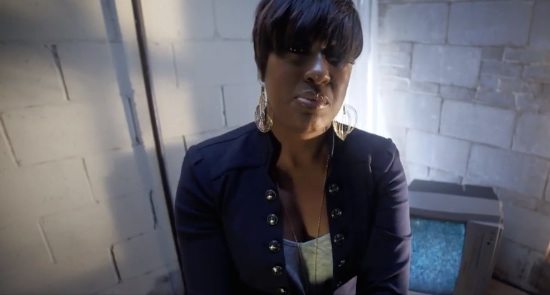 By now you should know that you can't listen to a Rapsody track without using a brain cell or two. The North Carolina-bred femcee will have you occupied in deep thought as she rhymes about the state of world with her wicked wordplay. She shows off that thought-provoking wordplay on the track "Hard To Choose," which can be found on her 2014 EP Beauty and the Beast and the recently released deluxe version.

Now Rapsody has unveiled the visuals to accompany the 9th Wonder-produced single "Hard To Choose," and it's equally as enthralling. Directed by Kent Willard, the video's concept is clear commentary on the images we choose to ingest on a daily basis. Throughout the video a young girl flips through TV channels, each filled with violent and negative images. In other shots we see people glued to their idiot boxes, desensitized to the very imagery Rapsody addresses.

The single itself has a soulful base and Rapsody shows us that she's cut from a different cloth that the typical rapper when she spits lines like, "When I look in all these black girls' faces / I understand why I chose to be better not basic." The uber lyrical rapper gives you something to chew on in the song and video. You can watch the video and then purchase Beauty and the Beast (Deluxe Edition) over on iTunes. If you have trouble making decisions, we suggest you choose to press that play button right now.


TAGS:  9th wonder, Kent Willard, rapsody
Previous: Morning Soul: She Reminds Me That I’m Alive Next: For Camp Lo, It’s All About ‘You’