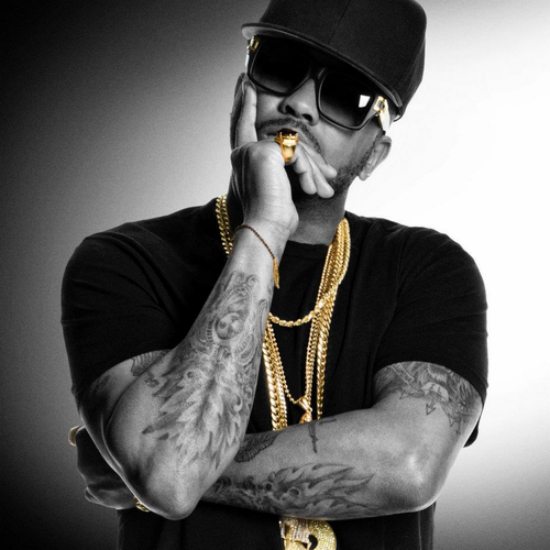 GRAMMY Award-winner and serial baby daddy The-Dream is one of the hardest working and most creatively ambitious people in the music business. His latest project, The Crown Jewel, is a two-set EP project with each album focusing on different aspects of Mr. Nash’s music. While the first EP, Crown, focused on his skills in crafting modern R&B, Jewel will focus on Dream’s songwriting talent. Many will grumble at the writing ability of a man known for such simplistic hits as “Umbrella” and “Touch My Body.” However, he might have pulled a trick from under his sleeve with the first single, “Black Magic”

Part of the charm of “Black Magic” is how far The-Dream has stepped outside of his Top 40 pop-trap music comfort zone. The production, courtesy of his usual partner in crime Tricky Stewart is a bare-bones drum and bass track vaguely similar to A Tribe Called Quest’s “Jazz (We've Got).” This backdrop makes it easier to focus on Dream’s voice and, most importantly, the words: “I might have to put a spell on you / To save us from ourselves and make sure that our dreams come true / I might cast a spell on you / That way there’s no way that I can lose you / Black Magic.”

Rather than casting a spell to make a girl fall in love with him, Terius is trying to ensure that neither one of them does anything to mess up the great thing they have going. Coming from a guy on his third marriage, we’re sure this comes from a deeply personal place. He even delivers a surprisingly impressive, old school hip-hop inspired hot 16 towards the end that will have even his biggest naysayers scratching their heads with intrigue, wonder and maybe even admiration.

With “Black Magic,” The-Dream has stepped out of his comfort zone and produced one of his better songs in recent memory. While the lyrics won’t have you writing a dissertation on Rap Genius, there is a depth and sincerity to the song that can surely be felt and empathized with. It’s a nice change of pace from that unfortunate "That’s My S**t" song he released off the last album. If “Black Magic” is any indication of the kind of witchcraft hocus pocus The-Dream is cooking up for his next EP, then he will have our full attention when Jewel drops some time in June.