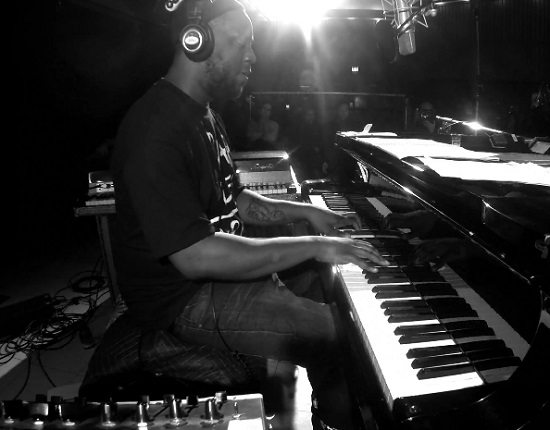 Robert Glasper is a busy man, we tell you. When he's not reimagining R&B with Robert Glasper Experiment's Black Radio series or producing a tribute compilation to accompany the new Nina Simone biopic (as well as performing, touring and just being an all-around musical badass), Robert can be found working on more music. The accomplished jazz pianist and his trio are set to release a new album, Covered, within the next month. As you can guess by the album's title, Covered will find the trio — which is rounded out by bassist Vincente Archer and drummer Damian Reid — taking on covers of songs both recent and timeless as well as a few originals.

The first single released from the set, a cover of Radiohead's "Reckoner," was definitely enough to make us want to hear what the trio was bringing on the upcoming set. But the trio's cover of Jhené Aiko's "The Worst" has moved this into our must-have category. Though no vocals are used, Robert, Vicente and Damian expertly capture the anguish that Jhené wrote into the song's lyrics and evoke the song's hopeless despair. And Robert surprisingly does this without straying too far from the song's original melody, down to his interpretation of the impromptu rap verse Jhené lays down near the end. The video recording of the track, with just the three on stage laying down the track, further captures the mood with its simple black-and-white cinematography and intimate feel.

You can pre-order the set, which was recorded live at the Capitol Studios, on iTunes now and get both singles in the process. Or, if you're the more patient type, you can wait until June 16th to get the album in its entirety. Check out the video for "The Worst" below.