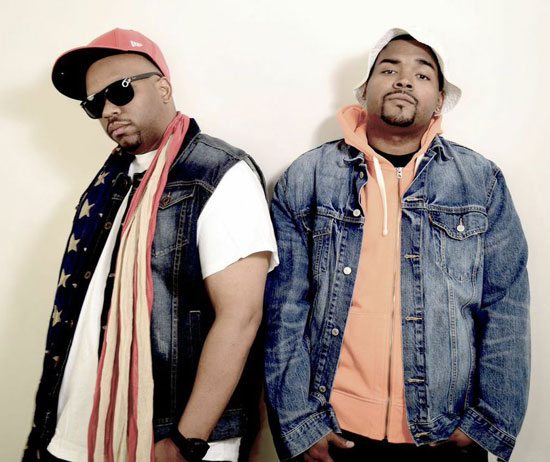 SoulBounce: So you guys are on tour right now with Pete Rock. How's it been going?

T3: Very fantastic. Pete Rock is an old friend of ours, I remember him coming to kick it with us at Coney Gardens, so yeah it’s always like a brotherhood with Pete. It’s always fun times, stories, you know, we always have a great time.

SB: And how about for you RJ?

SB: Now Pete Rock was on your first album Fantastic, Vol. 2. What's it like being on the road with someone who witnessed your beginning? Not to get fake deep or anything, but is it like a full circle moment?

T3: I mean yeah, he told me the story of when Q-Tip played Volume. 1 for him and he’s like, "I gotta meet these guys." And that's when he flew out shortly after that to come meet with us so you know, I mean you know what, I think he's like the beat makers' James Brown of this time. It’s always great to be out with that guy. He entertained us for four hours straight with beats, no beat repeats. Four hours of beats! And that's not even a small dent in how many beats he got.

SB: Wow, that's dope. Y'all are having a good time. So this question is specifically for T3: As an original member of Slum Village you've done a great job of revolutionizing this group. Lets talk about the different phases.

T3: Okay, the different phases; let me break it down for you. You got the J Dilla phase, the original Slum phase. I won’t call it the Dilla phase. So that phase was like us coming up through high school and us finally getting it and making a record deal and making it happen. So that's always like one of your greatest times, that’s always number one. And then Dilla decided he wanted to leave and do his own thing with the MCA thing and still give us beats, and then it was basically just me and Baatin then. People don't realize it was just a me and Baatin thing because no album came out with me and Baatin. What happened is, when Baatin would come to the studio or if he came to the studio, me and -- at that point it was hard putting together a trinity because I had to work with a lot of new producers, Young RJ, Black Milk, Karriem Riggins. I had to get in there and produce beats you know what I'm saying? It was just a lot of, it was all new, and you know, Dilla said, "Man you got it." And I was like "Do I n***a?" And at that point…

T3: I did! I did have it, I didn't know I had it and we still had a record deal so they still was willing to pay us without Dilla being there so I was like, "I got it then." So it came together like that, but Baatin wasn't showing up so much and I was managing Elzhi and that's when the Elzhi phase came in. So I was managing Elzhi and I was like okay, I need you to be a full-fledged member. Originally he was just gonna feature on some songs just to fill in spots, but Baatin was just doing his own thing. He would come to the studio and go to the back studio. He wouldn't work, he'd just do whatever, just recording and cutting his own songs, so we went through that. Then we went through the whole Elzhi phase where it was just me and El, I mean, El did his time, he did eight years in Slum Village, that's a lot. You know, everyone comes through Slum Village and do they thing, you know, Dilla did about 10 before, Baatin did about 12, Elzhi did about 8. [laughs] And then you go to the new stage, Illa J and Young RJ became a part of it. So, the thing is everyone who's been in Slum has some history, there's not like new people, everybody's been around. You know what I’m saying? I ain't just gon' grab a Joe Shmoe and say you're in Slum Village today. They gotta have history. [points to RJ] I knew him since he was five, we recorded our first demos in his father's studio, and then he produced for Volume. 2 when he was 15, so everyone's connected and that's why the sound is consistent.