Tinashe’s Got Dej Loaf ‘On Deck’ For A Remix 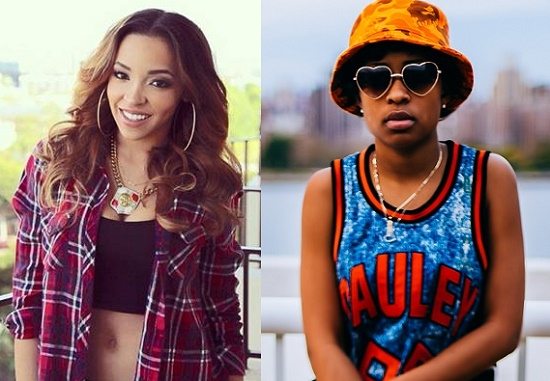 Current R&B "It" girl Tinashe is riding high with her single "All Hands On Deck." And now, with the singer and performer getting ready to embark on Nicki Minaj's The Pinkprint Tour this summer, she's tapped her fellow tourmate Dej Loaf to get things popping on a new remix of the single.

While this isn't the first time that "All Hands" has been remixed with a rap verse — that honor goes to Aussie Iggy Azalea — this one is worth noting because Dej adds just the right amount of sass and edge with her contribution. For the most part, the song is unchanged, though. We still get Tinashe's wispy vocal over the thumping, buzzing synth and snaps, which is more than enough to get the people moving to her groove. But when Dej steps on the track, she lets her intentions be known, stating matter-of-factly, "I ain't lookin' for beef; I'm looking for freaks." Well alright then. But she doesn't just let her bedroom proclivities be known, she also makes sure that listeners know that she's royalty as she flexes her Detroit swag.

There's no word on if this remix will see itself released for commercial consumption, but perhaps if you pick up tickets to see the ladies on The Prinkprint Tour — which kicks off July 17th — they might oblige you with a live rendition. Or you could just stream the track right here.