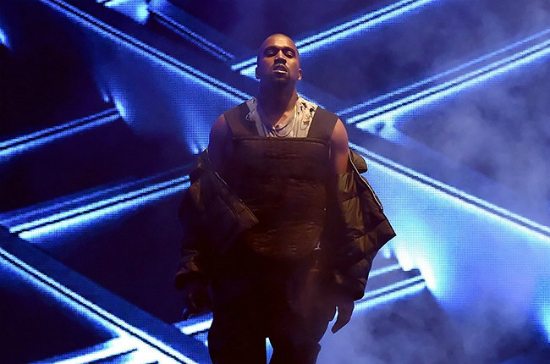 The 2015 Billboard  Music Awards was an awards show without mega-star performers. While there wasn't a lack of talent, there were no Beyoncés or Janet Jacksons or even Missy Elliotts to be found; no talents known for bringing down the house. We had Mariah Carey, an aging diva whose performances of late have had very mixed reviews. Then we had Kanye West, a star known more for his antics on stage than memorable performances. Could Mr. West give us the big spectacle that awards show audiences crave, or would we get another art school performance? Unfortunately, we may never know. Technical difficulties marred the performance both visually and sonically.

The dramedy of errors started with the introduction of Kanye by his sisters-in-law, Kendall Jenner and Kylie Jenner. While the girls weren't doing any of the usual Kardashian stunts and shows, they couldn't escape their family's infamous reputation. A loud "boo" from the crowd rang out of nowhere. This wasn't just any boo. This was the loud boo from way in the back from the anonymous troublemaker. The type of boo that destroys souls. This is the boo that is a coded signal that alerts flash mobs to pick up pitch forks, light torches and throw chairs. While the young ladies were jarred, they kept their composure in true Kardashian fashion.

From there Kanye took the stage to perform his current single "All Day" and a song from his last album, Yeezus, "Black Skinhead." At least that's what we thought he was performing. Who can say? The pyrotechnics pretty much turned the stage into a scene from Backdraft, completely blocking Ye and his co-stars from view. In addition, either the sound team wasn't on their game or the censors were quite overzealous, as the music was cut out intermittently throughout the performance. All and all it wouldn't be his worst performance, however it doesn't live up to his engaging performances earlier this year at the BRIT Awards and walking on water in Armenia.

Many of the complaints about the 2015 Billboard Music Awards show have been about the lip-syncing and pre-taped performances. We're starting to believe those are the only types of performances Billboard is prepared to give. While we don't know what went on in rehearsals and behind the scenes of the performance, we are less inclined to blame Kanye and more the production team who wasn't prepared to showcase his uncensored awesomeness.