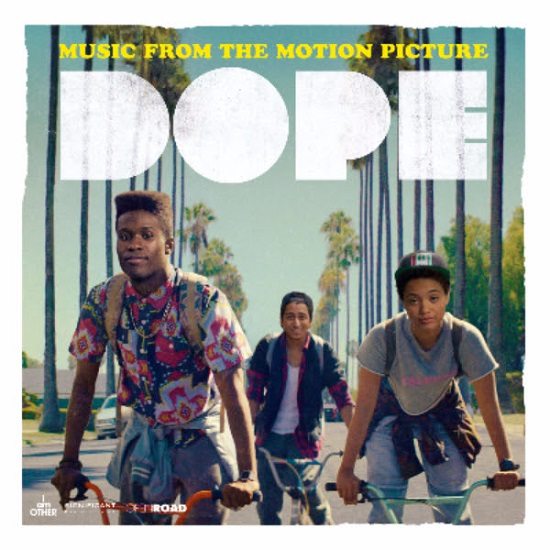 DOPE is quickly shaping up to be one of the summer's must-see films. The film looks to break the mold of the coming-of-age story and retell it for a new generation using classic storytelling tools and mixing them in with the new media age. A similar approach is being taken the film's soundtrack, which mixes a few old-school hip hop classics with some new school artists and four original productions by Pharrell Williams, one of the film's executive producers and the curator of the eclectic collection of songs.

As far as Pharrell goes, though, you won't see his name on the tracklist. That's because they are under the guise of Awreeoh, the fictional band of the film's protagonist. Much like Skateboard P's side project N.E.R.D., the contributions here fuse punk, rock and hip hop for something altogether different. But that's not the only newness here, as Zoe Kravitz's band Lolawolf also make an appearance alongside songs by A Tribe Called Quest, Nas, Digable Planets, Naughty By Nature and Gil Scott-Heron.

You can get your first taste of Awreeoh right here, with the glitchy, hip-punk track "Don't Get Deleted." Music From The Motion Picture DOPE will land in stores on June 16th while the film will hit theaters three days later on June 19th.