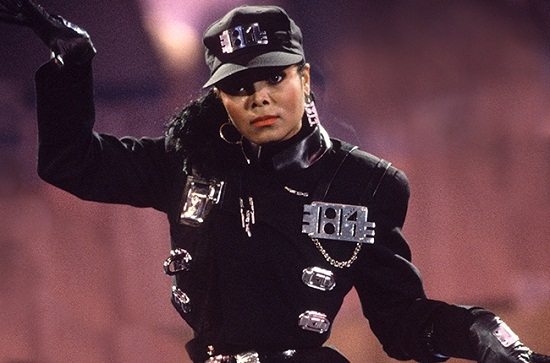 After knocking our socks off with her birthday announcement of a new album and tour, we didn't think there was any way, outside of dropping a surprise single or album, that Janet Jackson could blow us away. We thought wrong. Taking to Twitter, her seemingly favorite mode of communication these days, Janet made another stunning announcement to the world this morning. Not only will her as-yet-untitled 11th studio album be coming our way this fall, but Janet will be releasing under her own label, Rhythm Nation Records.

The new label, which has been formed by Ms. Jackson in partnership with Bertelsmann group subsidiary BMG, is part of an artist services deal, which will allow Janet to retain all the rights to her material as well as give her full oversight of all costs and revenues associated with the label. As well, Rhythm Nation will not only be home to Janet, but will also potentially house new and established artists.

BMG CEO Hartwig Masuch praised Janet's talent in the press release and welcomed her to the BMG fold, saying, "It is an honor that she has chosen BMG to release her long-awaited new album. We look forward to collaborating with her across every platform.” Meanwhile, Janet thanked the long-standing company in her statement and noted that the "opportunity to be creative in music and every form of entertainment has great potential here."

With the album set for a fall release, previous rumors of a single release this month gain much more credibility and have the public anticipating yet another summertime jam from Ms. Jackson. But, as she has said time and time again during this era, we can't believe it until we hear it directly from her lips. Looks like we're getting ready once again to enlist in Janet's Rhythm Nation. You can read the press release in full over at Janet's website and keep checking SoulBounce for more Janet news.


TAGS:  Hartwig Masuch, janet jackson
Previous: Lyfe Jennings Makes His Feelings Clear In ‘I Love You’ Next: Jason Derulo & K. Michelle Choose To ‘Love Like That’