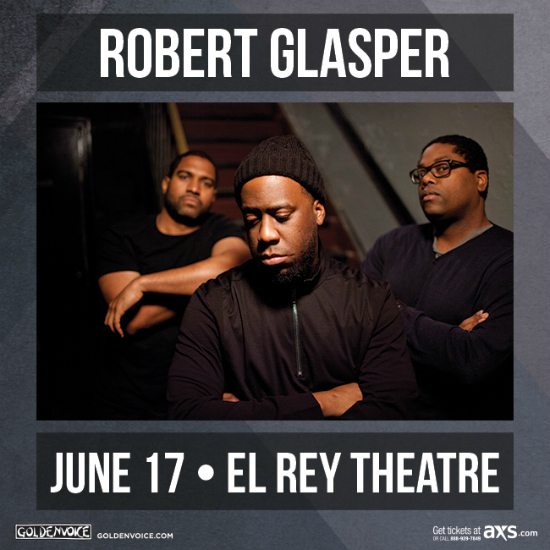 Robert Glasper has been enjoying unprecedented success with the Robert Glasper Experiment's GRAMMY Award-winning Black Radio releases, but he has decided to return to his jazz roots on his upcoming album. Covered (The Robert Glasper Trio Recorded Live At Capitol Studios) will be released on Tuesday, June 16th, and as the title suggests, it features live jazz covers of songs by the Robert Glasper Trio, who last worked together on 2009's Double Booked.  This project will definitely find a home in our music collections in order to have the Glasper live experience at our fingertips.

If you'd like to get the Glasper live experience in person, then you're in luck if you live in the Los Angeles area. Rob Glasper will be in concert at El Rey Theatre on Wednesday, June 17th. This album release show will of course feature songs from Covered, and we're pretty sure that he'll dig into his deep catalog of hits to delight fans in attendance. And with this show being in LA, there's no telling who may jump up on stage to jam with Glasper and the Trio.

Tickets for this all ages show are on sale now at the box office or online at AXS. Our friends at Goldenvoice have also given us two pairs of tickets to give away to our Los Angeles Bouncers. Hit the next page and enter to win!