Let Kenneth Whalum III & Big K.R.I.T. Take You ‘Away’ With Their Video 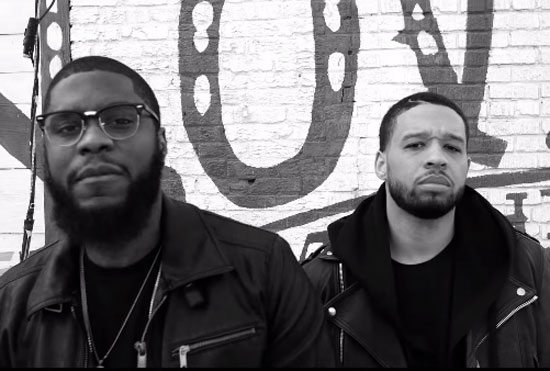 Kenneth Whalum III is working on dropping his sophomore album, Through Hell & High Water, and while he's putting the finishing touches on his creation, he's building our anticipation with his last release "Away" featuring rapper Big K.R.I.T. The duo premiered the single back in January and now they're giving us the black-and-white visuals, shot in the GRAMMY Award-winning saxophonist, singer and producer's hometown of Memphis. The visuals are the perfect compliment to the song's inspirational tale about finding yourself. As Kenneth and K.R.I.T. perform in front of graffiti-laden walls, juxtaposed with clips of Memphis natives and their live performances, the soul and hip hop medley gets the perfect visual assist.

The ideal collaboration partner for the track, Big K.R.I.T. has been making his rounds lately in the feature department since he just graced Bilal with his southern-fried style and is currently working on a secret project. Kenneth is just as busy on tour with D'Angelo and The Vanguard right now and working hard to build his solo persona. Not a stranger to collaborations, Kenneth has also worked with the likes of Maxwell, Common, Robert Glasper and Jay Z, so we can only imagine who else will breeze onto his upcoming album. You can find the soulful single "Away" on iTunes and join us in twiddling our thumbs while we wait for Kenneth's Through Hell & High Water, which is slated to drop in August. In the meantime, press play and let us know if Kenneth and K.R.I.T. blow you away with their latest visuals.