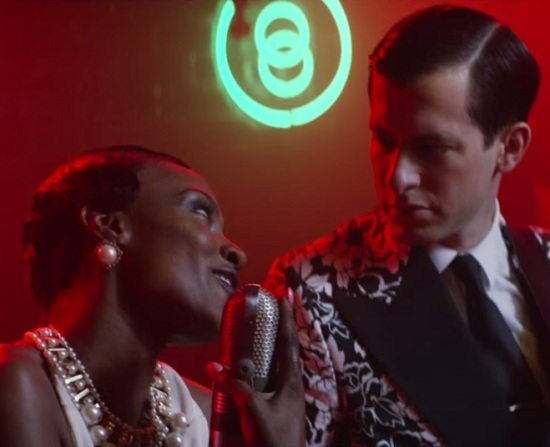 Mark Ronson hit the jackpot with his Uptown Special, striking gold out of the gate with the Bruno Mars-featuring "Uptown Funk" and continuing the streak with an assist from Mystikal on "Feel Right." But those two singles weren't the end of the heat that the album contained. Take for instance the latest video from the set, "I Can't Lose."

The song is another riff on the R&B of the '80s, with guest Keyone Starr channeling her inner '80s R&B diva as she delivers a saucy vocal. Musically, while it's meant to sound like the '80s, it borrows a few sounds from the '90s, namely a drum rhythm similar to Soho's house classic "Hot Music" and a bit of phrasing from Snoop Dogg's raunchy "Ain't No Fun."

The video, however, goes in an all together different direction, channeling both the class and style of the 1920s and '3os along with futuristic neon lights. The main spectacle here, though, is the performance between Keyone and Mark, both of which exude an electricity that light up the camera quite effortlessly. Though their fun night is interrupted by a too-hot-to-handle horn solo and some choreographed fighting, it's still a good, Technicolored time until the very last second.