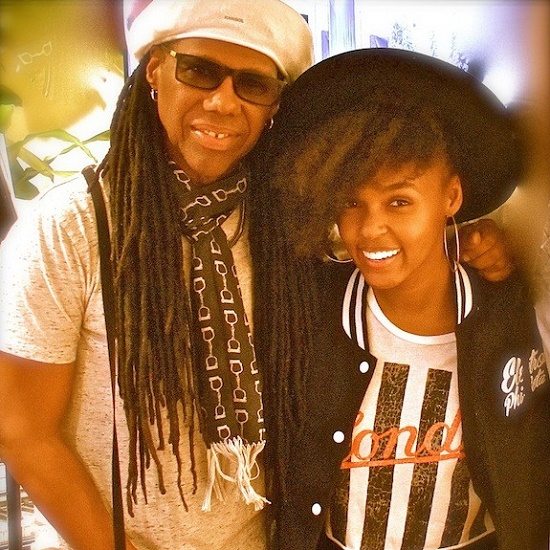 Is it just us or is this year chock full of festivals? We're still recovering from April's Art of Cool Festival, Memorial Day Weekend's Atlanta Jazz Festival and this past weekend's Roots Picnic. If that's not enough, we've still got The BET Experience, ESSENCE Music Festival, AFROPUNK and the Life Is Beautiful Festival all marked on our calendars (and that's not even half of what's already on our event calendarnil). With so much on our plate, it's hard to imagine being able to squeeze anything else in. However, it looks like we'll be making room somehow. Disco pioneer and all-around musical badass Nile Rodgers took to Facebook to announce his very own FOLD Festival, and with the amount of star power he's promising, it's going to most certainly be an event you won't want to miss.

Scheduled to occur on August 4th and 5th in Riverhead, NY at the Martha Clara Vineyards, the FOLD (which stands for FreakOutLet'sDance) roster has more than a few SoulBounce faves. Janelle Monáe, Pharrell Williams, Chaka Khan, Q-Tip and Eric B. are all part of the the tentative roster. But it doesn't stop there, as Nile has also invited Paloma Faith, Duran Duran, the Martinez Brothers and Beck for the two-day affair. While those names alone are enough for us to start making travel plans and pulling out our wallets, the music legend promises that more names will be announced soon (and hopefully that includes an appearance by his own band CHIC). And just like that, we're penciling another festival into our day planners and once again tapping into our tapped out savings. But with a lineup up this good and a name like Nile's behind it, how can it not be good?

More official details are sure to come before the artists take stage in August, so keep checking back here for more updates and get ready to freak out and dance!


TAGS:  Beck, chaka khan", chic, duran duran", eric b, janelle monae, nile rodgers, Paloma Faith, pharrell williams, q-tip, the martinez brothers
Previous: Morning Soul: Sometimes I Wish I Could Act Like A Boy Next: Bilal To Hit The Road For The ‘In Another Life’ World Tour