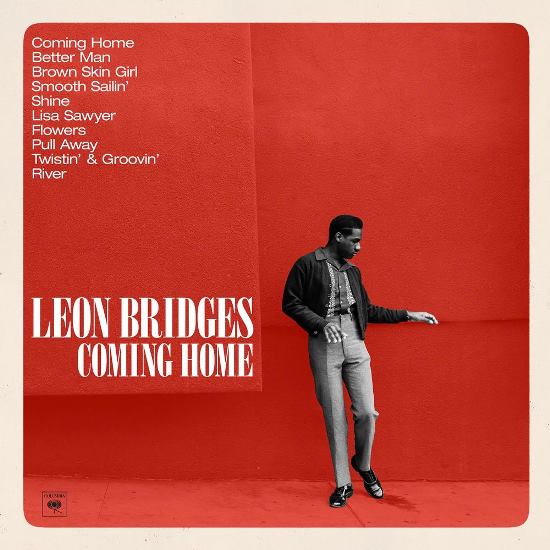 After months of generating buzz and wowing concert and TV audiences alike, the debut release of Bounce-Worthy artist Leon Bridges is almost upon us. But, in the words of our girl Brandy, "Everybody knows 'almost' doesn't count." We want it now! And thanks to NPR First Listen, we get to enjoy Coming Home ahead of its June 23rd release.

The retro crooning Texas native delivers a 10-track album clocking in just shy of 35 minutes. But as we've learned from recent offerings by Judith Hill, Lydia René, India Shawn & James Fauntleroy and even fellow Texans Six Minutes 'til Sunrise, sheer talent and the remarkable quality of an album can more than compensate for its short length. Admittedly inspired by Sam Cooke, the album has its share of pleading promises ("Coming Home," "Better Man") and flirtatious sauntering ("Brown Skin Girl," "Smooth Sailin'," "Twistin' & Groovin'"). But Mr. Bridges is especially effective when he gets personal. The heartwarming ode to his mother, "Lisa Sawyer," is a slow and breezy narrative, both lulling and poignant. And when he takes us to church -- touching on themes of repentance, grace and even baptism -- on "Shine" and "River," you can't help but embrace the comforting assurance of forgiveness and salvation. With such an impressive introduction to his musical career, we can only imagine what the future holds for this gifted 25-year-old singer/songwriter.

Pre-order Coming Home from iTunes now and you'll receive five instant downloads...that's half the album! Unfortunately, if you want to catch Leon live in the immediate future, most of his summer tour dates are already sold out. But don't fret, he recently announced dates for the fall leg of his tour. Europe and the UK have September on lock, but he'll be back stateside (and making stops in Canada) in October and November with Kali Uchis as an opening act. See the tour dates below and head to Leon's website for purchase info. Of if you're feeling lucky, see if you can score any of the last remaining tickets for a summer performance.