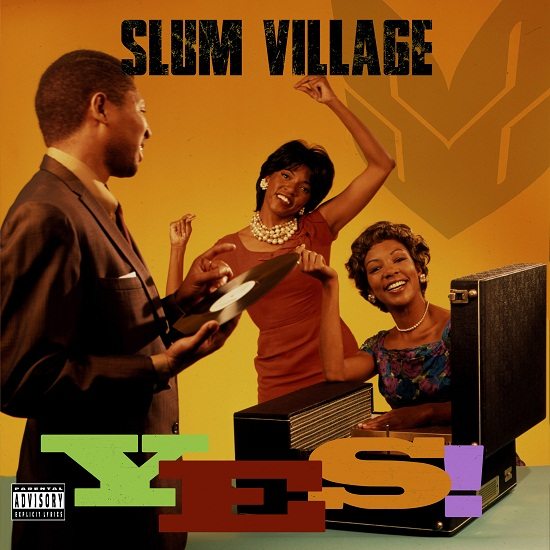 An ode to bae and, of course, a nod to the release of their latest album, YES!, Slum Village just released their single "Love Is/Fantastic." Featuring crooner Bilal and emcee Illa J, the track is soulful hip hop wrapped in romantic musings about a significant other. As Bilal handles the chorus, singing "Show me that you care / Girl, show me that you're there," T-3 and Young RJ spit their respective verses and Illa J chimes in with all the things he loves about his boo. Whoever bae is, her love is fantastic and she has a few tricks up her sleeve that deserved an entire track. The group sticks to the same formula we found in their last single "Expressive" featuring singer BJ the Chicago Kid and Illa J, with a soulful crooner handling the chorus and the group and guest emcees adding a little edge to their sweet subject matter.

The 12-track album is chock full of tracks such as "Love Is/Fantastic" and features the likes of J Dilla, Black Milk, De La Soul and Kameron Corvet. You can purchase the single and album on Amazon or iTunes now or listen to the album in its entirety, including "Love Is/Fantastic," below. Whether you're dedicating this to your significant other or just bopping to the beat, if you've been missing that '90s sound we've grown accustomed to from the Detroit-bred group, then YES! is right up your musical alley.