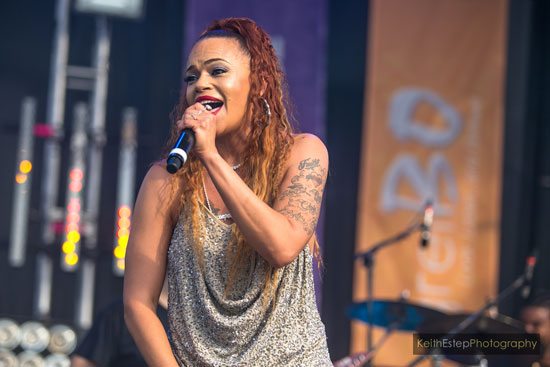 Baltimore was the place to be on Saturday, June 20th and Sunday, June 21st for the annual African American Festival. Held at the Camden Yards Sports Complex, the outdoor festival boasted a talent lineup that included SoulBounce faves (Eric Roberson, Faith Evans), television stars (Yazz the Greatest, V. Bozeman, Demetria McKinney), inspirational acts (Tamela Mann) and classic artists (Doug E. Fresh, Stephanie Mills), to name a few. There was a little something for everyone's musical tastes, and the artists who performed delivered fantastic performances across the board.