Tinashe, Jason Derulo & Ciara Do It ‘All For’ Janet Jackson At BET Awards ’15 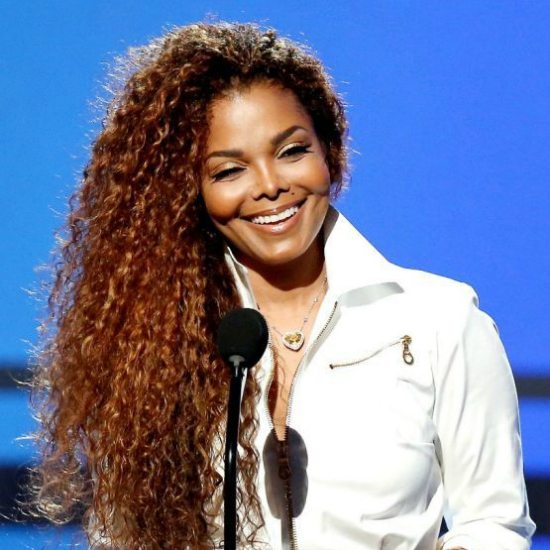 As the award indicates, Janet Jackson is the Ultimate Icon. She could’ve picked any time, any place to make her debut back into the public eye, but she chose this year’s BET Awards at which she received the Ultimate Icon: Music Dance Visual Award. Like her Poetic Justice dooky braids, the air was super thick with anticipation of Ms. Jackson’s appearance. The hoopla started on the red carpet with several celebs expressing their excitement about seeing her and reached a fever pitch as the BET Awards '15 wore on.

Then super producers and longtime friends, Jimmy Jam and Terry Lewis, came on stage and started off the tribute with a brief introduction that segued into a montage of footage of Janet’s concert performances. After the video montage, it was time for tribute performances by Tinashe, Jason Derulo and Ciara. Unbeknown to most who were watching, the trio were only performing dance tributes to Janet while her music played instead of full-on tributes with their renditions of her hit songs. Considering the vocal talents of those chosen, that was probably for the best.

New kid on the block Tinashe started it off with a good, but not great interpretation of Jackson's famous “Pleasure Principle” dance routine. Tinashe obviously worked hard, but her moves were a bit stiff and performing that routine without wearing a pair of black Guess jeans made her performance fall flat. The Guess jeans may seem like a petty detail, but they added to the "Pleasure Principle" mystique. Luckily, Derulo and Ciara swooped in and got us enthralled with their takes on “All For You,” “If” and “Rhythm Nation.”

Jason Derulo slayed the choreography to “All For You.” It’s no question why he is becoming one of the hottest male artists out today. Two words best describe Ciara’s performance of “If” and “Rhythm Nation”: Killed it! CiCi showed us that her goodies are still in tact. Her look and her movements were precise and almost an exact replica of Janet’s. As the tribute performances ended, Janet’s new single “No Sleeep” played while a troupe of dancers introduced some new choreography. Then the moment that everyone was waiting for happened as Janet slowly sauntered onto the stage. Unfortunately, she didn't join her dancers to perform during her tribute, instead stepping to the mic to give an acceptance speech.

Humble as ever and giving us life in an all-white pants suit, Janet’s soft voice and sensual demeanor put us under her spell as she thanked the tribute performers, her parents, BET and her fans. She let it be known that she is ready to get back into the game and change the way it’s played, stating, “Twenty-five years ago, we created Rhythm Nation hoping the world would be a better place, but today there is even more to be done.”

Indeed, Ms. Jackson there is more to be done, and we can’t wait to see her do it on her upcoming Unbreakable World Tour.