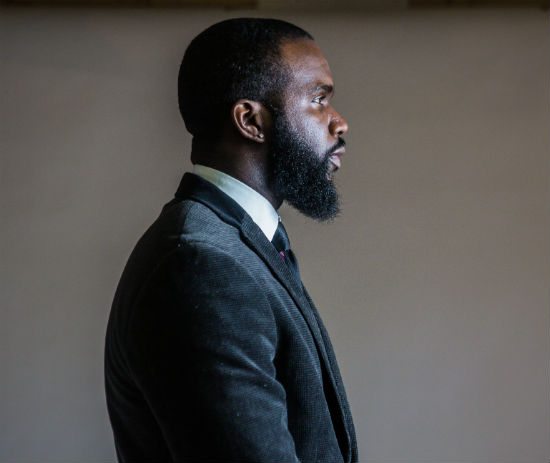 Soulful crooner Aaron "Ab" Abernathy has been on the road nonstop this year, accompanying Detroit rapper Black Milk and his band Nat Turner all over the U.S. and Europe. He's back and ready for the summer as he embarks on his own tour with Nat Turner, appropriately named the Something For The Summer Tour. To celebrate his tour, which starts today, Ab just gifted us with two new loosies, which you can play whether you have wanderlust like him or are stationary in your respective city. Add a little extra sizzle to an already scorching summer when you press play on the track "Something For the Summer." The uptempo single, featuring Ab's sweet harmonies in the background, details a woman looking for a summer fling. "To play with her at night / And treat her body right / And dance under moonlight / Do you qualify?" Ab specifically sings. With funky percussion and bass in the backdrop, the single will likely get you moving.

But before you submit your application for resident summer bae, listen to Ab's second release, "I Want You Again." The crooner switches gears and perspective in the single, reminiscent of a '60s-inspired ditty, as he details a male's lamentation of a summer love lost. Singing a sweet tribute to the summer fling who really only did last for the season, Ab sings, "I wish you would call / For you I sing this lullaby / I give you my all / If you need more I shall supply / Ooh baby I want you again, yeah."

Both singles offer something for everyone. Whether you're recruiting a new love or letting go of an old one, the Cleveland-bred singer supplies the soundtrack to either scenario. If you're digging what Ab is singing, you can actually download both singles on his SoundCloud or hear him sing them live in a city near you since his tour officially starts today. Listen to Ab's new singles and check out his tour dates below, and let us know if he gave you something good just in time for the summer.

Aaron "Ab" Abernathy Something For The Summer Tour dates

TAGS:  Aaron Abernathy, ab, audio, black milk, Nat Turner
Previous: The Weeknd’s On Fire In The Video For ‘Can’t Feel My Face’ Next: SoulBounce Live: Floetry Live At The TLA, 7.17.15