Bilal Preaches About Putting ‘Money Over Love’ In New Video 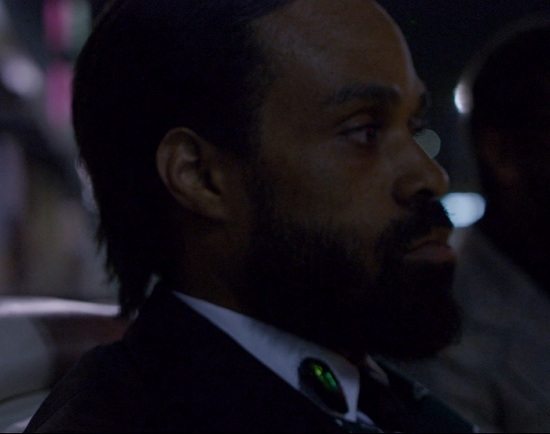 Bilal just released his album In Another Life, and he's dropping singles and videos to keep us on our musical toes. The soul singer just unveiled the visuals for "Money Over Love," his dynamic single featuring Kendrick Lamar. With its dark instrumentals, Bilal croons over the keys as he sings about a relationship tainted by greed. Kendrick reinforces the message with his rapid lyricism you can only keep up with if you pay attention.

The visuals are just as engaging.  The story line, revolving around a couple having to make some tough decisions, is one we've seen a few times before, but it becomes more jarring with the single as its soundtrack. And while Kendrick doesn't appear in the video, his presence is still felt during some dicey church scenes with a spirited pastor preaching his own religion. Just like a short indie film reminiscent of Spike Lee's style, you'll want to re-watch the video — the third of Bilal's to be directed by Hans Elder (see "Slipping Away" and "Satellites") — a few times to ensure you really get it. Bilal's dedication to social commentary is one that we're here for, and it may just teach us a thing or two.

Bilal is currently on tour to celebrate his album release and will also be making a stop at the 2015 ESSENCE Festival this weekend if you're in New Orleans. You can purchase "Money Over Love" and In Another Life on Amazon or iTunes now.