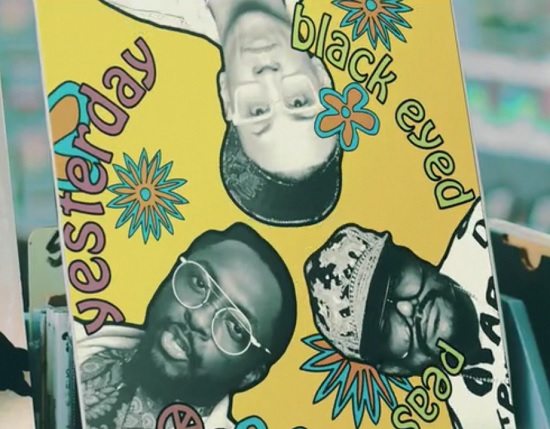 The Black Eyed Peas are back! That sentence would usually strike fear in the hearts of music lovers everywhere, especially considering the crew's recent track record for earworm-y, dumbed-down "hits." But this go 'round, BEP might be going back to their roots and exploring their previous sounds, at least that's the direction that new single "Yesterday" seems to be taking. The song finds the three members of the Peas (yes, Fergie will be sitting this one out as she works on her own solo project) spitting bars over samples of some of the classic cuts that inspired them, including Ol' Dirty Bastard's "Shimmy Shimmy Ya," Black Sheep's "This or That," Digable Planets' "Rebirth of Slick" and N.W.A.'s "Straight Outta Compton."

Being that it's all about those records, it's only right that the song's video takes place in a record store. But that's also where things get a little hairy creatively. While the crew goes record shopping in the clip, they hold up records representing the songs and sounds they sample. And, at times, they even appear on the covers themselves as they rap their verses. It's a neat concept and would probably get even more props if Erykah Badu hadn't done it first with her "Honey" video (she even playfully called them out on it over the weekend). Creative biting aside, the song and video for "Yesterday" have us anxious that BEP might be returning to their Joints and Jams days, and that is reason enough to celebrate. We'll be keeping our (side) eye on them, of course, but for right now we don't mind turning this one up in hopes that more good is to come. Peep the video below, and let us know if you're ready for the return of the BEP of yesteryear. 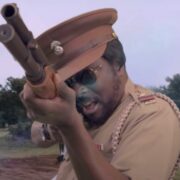