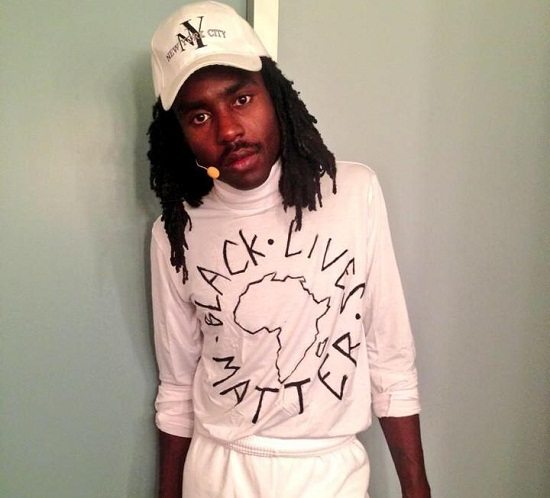 During times of struggle, people look for something or someone who can empathize with their plight and provide hope. Historically, one of those things is music. We fondly remember songs from James Brown and Stevie Wonder that inspire us still today. However, in the wake of the recent racial tension in the United States, there has been criticism that artists aren't using their platform to help the cause. While there is a legit argument that their presence may overshadow the struggle, it hasn’t stopped artists like Prince from delivering songs such as “Baltimore” or Kendrick Lamar addressing issues through his music and videos such as “Alright.” However, British singer Dev Hynes, as his Blood Orange alter ego, chooses to not only make music, but create a dialogue with his song, “Do You See My Skin Through the Flames,” discussing racism and the Charleston Massacre.

“Do You See My Skin Through the Flames,” is an atmospheric track of synth, piano, drums, heartfelt lyrics and passionate testimonials. Over a somber backdrop, Hynes tries to find understanding in the struggle and meaning in the madness. He asks the questions we ask ourselves, searching for the answers no one seems to have, and confronts those who refuse to acknowledge the pain and plight of the black man. He confesses how his own last name means “servant” and sings about how “Charleston left me broken down / But it’s just another day to you.”

“Do You See My Skin Through the Flames” will not be on Dev Hyne’s next album. It will not be on Billboard or televised to the masses. However, Dev Hynes and his message of anger, frustration, rejection, dejection and hope against ever-changing odds, is heard loud and clear and felt by all his brothers, sisters and allies in the struggle.