Ciara Gets Steamy In ‘Dance Like We’re Making Love’ 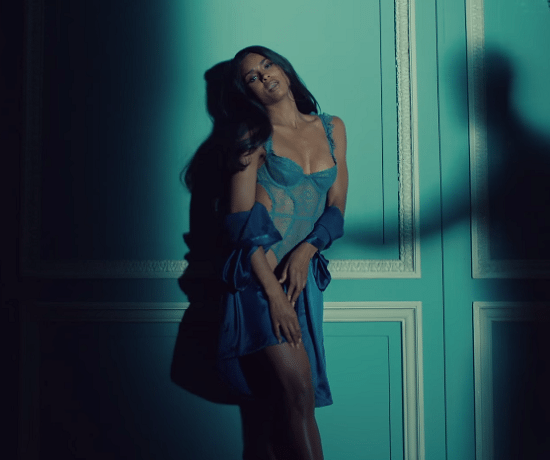 Ciara's sex life has been a hot topic as of late. Unfortunately, it's not because the singer herself is choosing to bring it up. Her current beau, footballer Russell Wilson, recently discussed why the new couple was practicing abstinence (as if it were really anybody's business). This, of course, sparked childish media antics from her ex (and father of her son) Future, he decided to discuss intimate details of their sex life in order to promote his latest project, Dirty Sprite 2. However, it looks as if CiCi's ready to take some of her sexual power back as she's dropped a steamy clip for her latest single, "Dance Like We're Making Love."

The hot and heavy song was already a dance floor burner with its pulsing production and her feather soft coos on the track, but the Dave Meyers-directed video ups the sensuality tenfold. Ciara appears in the video dressed in the scantest amount of clothing possible (a wet T-shirt/leotard combo at the pool, a whisper of a dress in the garden, barely-there lingerie in a ballroom) as she urges her suitor, dancer Aaokomon Jones, to move with her as if they were in the bedroom. The video's beautiful setting and arresting colors are sure to get your attention, but it's CiCi that'll keep you staring at your screen as she tantalizes with her fit physique and seductive moves.

Though her recent album Jackie may have failed to get the kind of rise the singer was hoping for, we don't think she'll have that problem with this clip. Take a peek at "Dance Like We're Making Love" and then make sure you take a nice cold shower afterward.