Get Familiar With Mabel On ‘Know Me Better’ 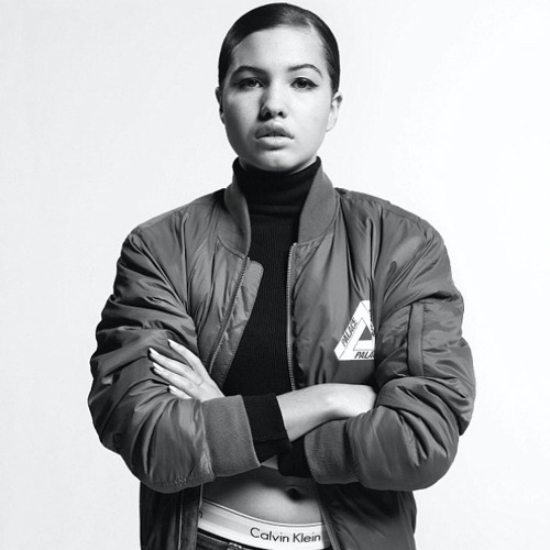 With musical roots as deep as the Atlantic Ocean, it would be unfair to refer to Mabel McVey simply as a newcomer. As the youngest daughter of alternative rap and trip hop pioneer Neneh Cherry and British producer Cameron McVey, Mabel was surrounded by various genres of music since before her birth. On her debut single, “Know Me Better,” the seemingly mature 19-year-old is poised to continue the legacy from which she was birthed.

“Know Me Better” is a declaration of love with no limits. “Take it off / Tell me everything / Now there’s nothing in between us,” she sings over a steady drum beat, keys, tambourine and well-placed Mos Def sample. Oozing raw passion, Mabel’s tender vocals will inspire you to release your inhibitions. She has no qualms about expressing her contentment with lyrics such as, “I can go all day wearing nothing but your kiss." Well, excuse us!

Mabel’s intense vulnerability will leave you with an insatiable desire to love freely. It’ll be interesting to watch this progeny’s progression. While we wait for more from Mabel, take a listen to “Know Me Better”right here and keep up with this fresh talent on Facebook, Twitter and SoundCloud.


TAGS:  audio, Cameron McVey, Mabel, mos def, Neneh Cherry
Previous: Miguel Is ‘…going to hell’ & Riding Around Like ‘NWA’ With Kurupt In His Set Of New Videos Next: Prince Fixes Us With A Funky ‘Stare’