Janet Jackson & J. Cole Keep Us Up With ‘No Sleeep’ Video 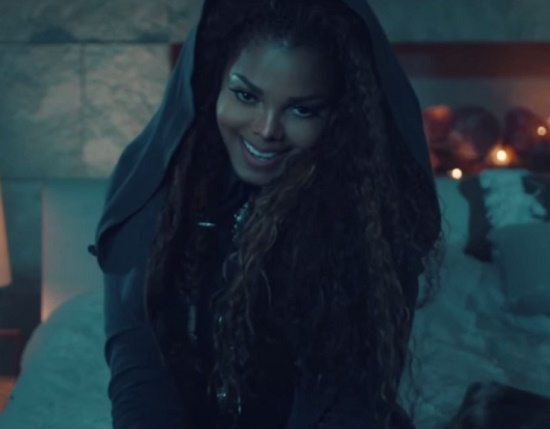 Janet Jackson has been very calculated with the release of information about her upcoming album and tour, so it's not a surprise that she was just as strategic with the video for her single "No Sleeep." After unveiling the song's official album version, which features rapper J. Cole adding hip hop flavor to Janet's smoothed out R&B groove, a countdown clock appeared on the singer's website along with an announcement on Twitter that the Today Show would be showing a first look at the song's video. And now here we are with the official clip.

Similar to "That's The Way Love Goes," the Dave Meyers-directed video for "No Sleeep" gives us all the Janet we can stand as we follow the singer through luxurious digs while she sings about what she's gonna do to her baby when they finally get together. However, this time around it's just Janet. There are no dancers goofing around (and there's no choreography either) as we pull in on tight closeups of the singer and the video continuously flows from one shot to the next. And really, that's all we need. Ms. Jackson, dipped in her signature all black with her lion's mane of curls cascading past her shoulders, serves up allure while strolling through her candlelit abode. It's not until near song's end that she gets some company when we see J. Cole lounging on a couch as he delivers his verse and playfully interacts with Janet. And with his ad-libs thankfully reduced in the video version, his addition to the track is much more seamless here.

With the video finally in our hands, fans and Janet lovers alike should have more than enough to tide us over until the start of her Unbreakable World Tour next month. Check out the clip for "No Sleeep," the album version of which is available for purchase at online retailers now, and let us know how you're liking Janet's comeback thus far.