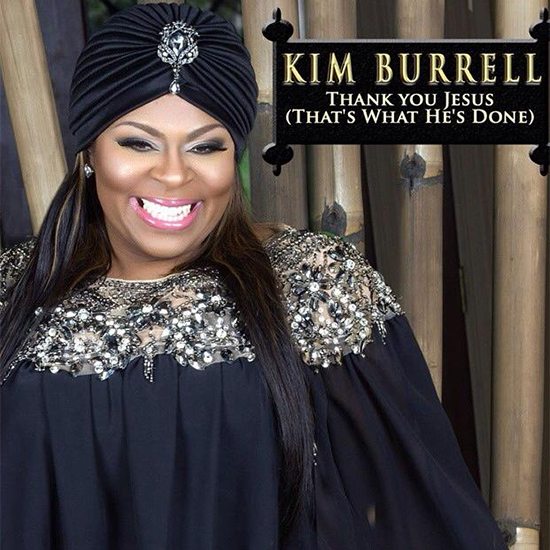 After touching down and taking over New Orleans last weekend for ESSENCE Festival where she was honored by the likes of Jazmine Sullivan, Lalah Hathaway, India.Arie and Chrisette Michele, Kim Burrell just wants to take some time out to send up a thank you to the heavenly Father and she’s doing just that with her brand new single. Over four years after the release of her last studio album, Burrell is jumping back into the swing of things with “Thank You Jesus (That’s What He’s Done),” and it’s just what you need to get your own personal praise party started.

“Well He woke me up this morning / Started me on my way / Gave me grace and strength just to see another day,” she sings as the songs begins. This funky upbeat number finds Burrell not only saying thank you but listing off the many things that God has done for her one by one, so you know that it’s real. This GRAMMY Award-nominated gospel belle has so much to be thankful for, and we’re only hoping that she continues to tell it all by releasing a new album to accompany this single before the year’s end. For now, grab your copy of “Thank You Jesus (That’s What He’s Done)” off of iTunes now and praise your way through the weekend.