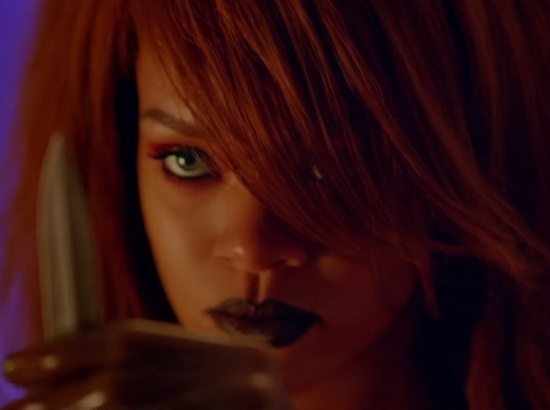 If you’ve been keeping up with pop culture this week, you may have noticed a number of artists using their exposure at the BET Awards ‘15 as a launching pad for their recent projects. We’ve seen new work from Big Sean, Robin Thicke and Kendrick Lamar’s bold video for “Alright.” Of course, Rihanna couldn’t let the week pass without getting in on some of the action. After showing us a trailer at the awards show, we are finally able to see the long-awaited, NSFW cinematic clip for “B***h Better Have My Money.” And even better, it didn’t drop on TIDAL, so we don’t have to wait for someone to rip it to YouTube!

Directed by Rihanna and Megaforce, the video is a hyper-violent tale of murder, suspense, revenge and feminism. The clip starts with the Bajan sensation kidnapping a blonde-haired, blue-eyed, well-to-do female. From there, Rihanna and her merry band of femme fatales take the helpless victim on a trip through the countryside, getting high, evading police and generally engaging in bad b***h behavior. The clip is very reminiscent of popular movies from the '90s, from the cinematography, to the plot and styling. It could be best described as Quentin Tarantino's Pulp Fiction meets Oliver Stone’s Natural Born Killers meets Ted Kotcheff’s Weekend At Bernie's, with just a splash of Silence of the Lambs. This really isn’t that surprising, as everything from the '90s seems to be making a comeback. And with this cinematic gesture, we can add music video budgets to that list.

With the video for “B***h Better Have My Money,” Rihanna gives new life to a song that has been out for not only months, but has been remixed to death. It is a beautiful and engaging visual treat that brings the song to life with arresting visuals, dark humor and a thumping soundtrack.