Thundercat Delivers A Gut-Wrenching Samurai Saga In ‘Them Changes’ 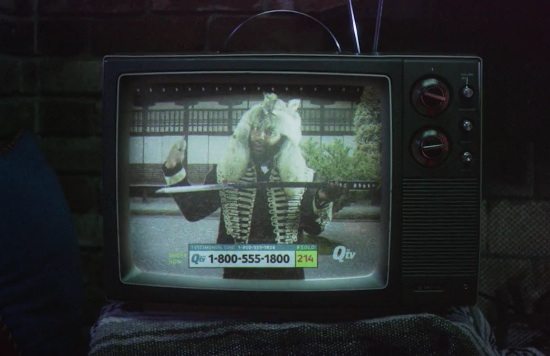 Bass man, creative genius and all around good guy in our eyes, Thundercat has released the video for his single, “Them Changes,” taken from his new album, The Beyond/Where the Giants Roam. The song is a dark, foreboding tale of heartbreak, a saga that is both parts tragic and poetic. Considering the nature of the song and Cat’s role as part of the “creative epicenter” of Kendrick Lamar’s instant classic, To Pimp a Butterfly, it’s no surprise that the visual treatment for the song isn’t your typical boy loves/hates girl narrative. Instead, we get an inventive neo-samurai story grounded in the mundane of the everyday.

The Carlos Lopez Estrada-directed clip opens with two Samurai warriors engaged in a fierce battle in a dusty garage. The what and why are never explained, but the stakes of life and death are apparent. While the battle is intense, it is also over quickly, as our hero is defeated with a couple flicks of the wrist. The aftermath, however, is where the story truly begins and where the audience will get a great big dose of the feels.

While simple and straightforward, the aberrant visual narrative for “Them Changes” demands multiple viewings. The video is dripping with as much symbolism as it is funky bass guitar licks. We dare you to watch this clip and not experience wonder, sadness and even joy at the transcendent storytelling.