We’re Glad To Have Santigold Back On The ‘Radio’ 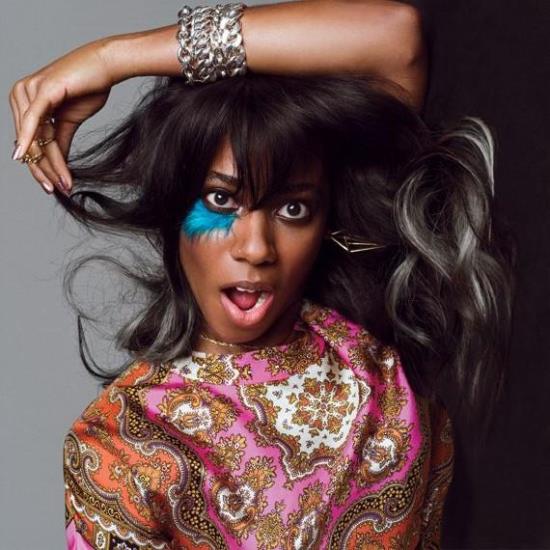 After taking some time away from the music scene — namely to focus on motherhood — Santigold recently dropped a new single for our listening pleasure ironically titled "Radio." OK, so technically it's for a movie soundtrack (Paper Towns), but we'll take new Santigold music however we can get it. While Santi isn't necessarily breaking any new ground here musically speaking, she still captivates us with her disparate delivery. Confidently announcing, "I'ma run up on the radio!," she fuses elements of pop, dubstep, rap and a hint of reggae to remind us of why we've missed her so much.

With a few performances already under her belt for this year, Santi is slowly but surely making her way back into the spotlight. It's all leading up to the anticipated follow-up to 2012's Master of My Make-Believe, due for release later this year. Details are sparse, but she has at least hinted that it's near completion. In the meantime, you can catch her live at the Latitude Festival (UK), the Dour Festival (UK), the Budweiser Made In America Fest (Philly) and the Voodoo Music + Arts Experience (NOLA). The full Paper Towns soundtrack is due on July 10th and is currently available for pre-order on iTunes. Be sure to follow Santigold on Facebook and Twitter for updates on the album.