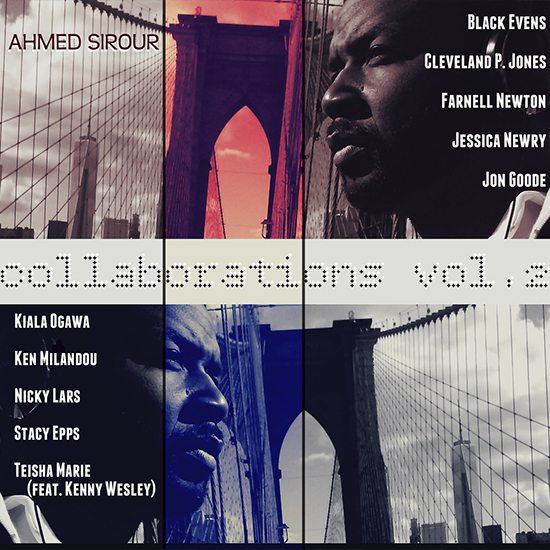 Ahmed Sirour is following up last year’s Collaborations Vol. 1 album with a second volume and even more sweet soul and jazzy goodness. Collaborations Vol. 2 is being introduced with a soft and slow song called “Miserable Bliss,” which features vocals from our dear Bounce-Worthy friend Jessica Newry. While Newry is no newbie to SoulBounce, she’s new to Sirour’s musical party and the two of them have now linked up for a beautiful creation. “Miserable Bliss” isn’t your average love song. As Sirour handles the impeccable instrumentation, Newry is singing about finding love in the arms of another man. “You’ve got my heart / Baby, but to you I don’t belong,” she sings. While this is an unfortunate turn of events, the meeting of Newry’s vocals and Sirour’s production is absolutely euphoric.

Along with Newry, Sirour’s new album is set to also feature more of his work with Cleveland P. Jones, Stacy Epps, Teisha Marie and Teri Tobin. He’s also bringing a few more newcomers along for the ride like Kiala Ogawa who brings her Parisian swag to the funky upbeat jam “Never Belong To You.” Collaborations Vol. 2 will hit Bandcamp on September 1st, but you can pre-order your copy today and receive three exclusive bonus tracks straight from Sirour’s recent set in Barcelona, Spain.