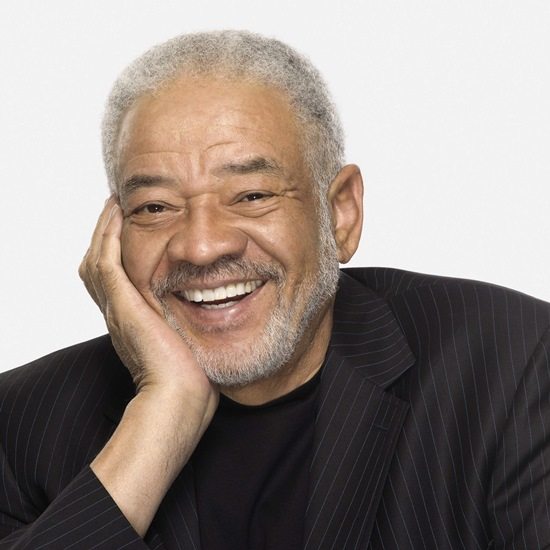 There's an old saying that suggests we should give flowers while a person is still alive, rather than when they die. And this year, one man in particular has been on the receiving end of such well-deserved admiration and celebration. Earlier this year, soul icon Bill Withers was inducted into the Rock and Roll Hall of Fame (after an introduction by no less than Stevie Wonder). But this is a man whose work is crucial to the lexicon of soul music; one celebration isn't enough.

So on October 1st at the legendary Carnegie Hall, headlining artists D'Angelo and Ed Sheeran will be joined by Gregory Porter, Aloe Blacc, Ledisi, Keb' Mo', Dr. John, Michael McDonald, Sheryl Crow, Kathy Mattea and Amos Lee for Lean On Him: A Tribute To Bill Withers. The diverse lineup of artists will be performing Withers' Live At Carnegie Hall in its entirety. Recorded 43 years ago on a rainy night in October, the album has long been hailed as a highlight of Bill's career and is rightfully included in Rolling Stone's "50 Greatest Live Albums of All Time."

Rumor has it that other artists will be added to the lineup in the coming weeks who will be slated to perform other notable portions of Mr. Withers' impressive catalogue. In recent times, we've heard Bounce-Worthy remakes by Jill Scott, John Legend & The Roots, Robert Glasper Experiment and Gregory Porter & Ben L'Oncle Soul just to name a few. But throughout his career, his songs have been covered by everyone from Michael Jackson to Jhené Aiko, and his music has been sampled more times than we can count. Needless to say, this event will be an unforgettable experience.

General admission tickets are available through Carnegie Hall's website, but special VIP packages including dinner with Bill Withers, are available through concert promoter Michael Dorf's "Music Of" website. Concert proceeds will benefit SAY (The Stuttering Association for the Young), an organization that is near and dear to Bill's heart.

Revisit the legendary recording below, then support good music and purchase your own copy to add to your music library. Afterwards, check out his recent entertaining and enlightening interview with Aloe Blacc during the ASCAP Expo as captured by Okayplayer TV.