Frenchie Davis & Ruben Studdard Get Cozy On ‘When You Hold Me’ 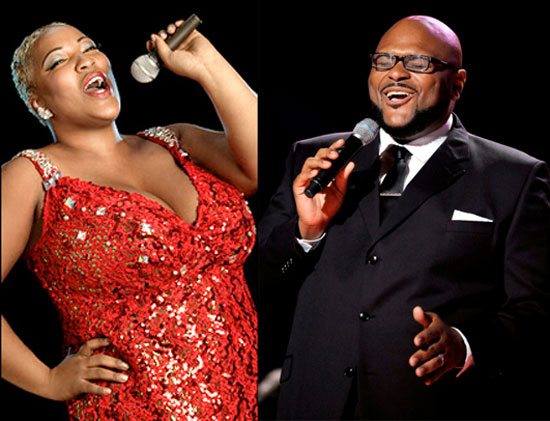 Sometimes two artists collaborate, and it just works. Such is the case with American Idol alumni Frenchie Davis and Ruben Studdard, who decided to collaborate on the new duet, "When You Hold Me." The two have performed together before on the Tony Award-winning musical revue Ain't Misbehavin', and this time Frenchie and Ruben join musical forces for a romantic single about letting your guard down. "I can be a hard one on conquer," Frenchie warns, but Ruben ain't never scared and lets her know,"The magic we make / It's a movie, when you hold me." Produced by Aaron Lamont, Jasen Effe and V.Scott, the mid-tempo track features slick R&B production to anchor the two powerhouse vocalists. The duet, soaked in love and chemistry, has us pretty wide open and wanting more from the two crooners.

When she's not performing or releasing upcoming tracks like "Stand (By Me)," Frenchie is making use of her SAG card. She's been wielding a few weapons and just finished shooting (literally) some scenes with zombies for the upcoming show Dead 7, which will debut on the Syfy channel next year. Zombies aside, if you like what Frenchie and Ruben are serving in their duet, you can listen to the song until your heart melts right here. "When You Hold Me" will be featured on Frenchie's debut album, Finally Frenchie!, which is due out in early 2016.